The bombing that claimed her mother's life would have taken the life of baby Ghina as well until this miracle saved her.

Ghina Bassam must have great things to do in this life.

At two years old, Ghina was buried alive in massive amounts of rubble after her Syrian family's house was bombed in January 2014.

In panic, Ghina's dad returned to his family to find hills of cement and rubble replacing what once was his home. In the rubble he suspected his wife and seven daughters had all died.

Mr. Bassam was told that three of his daughters had been found alive. At the hospital two more of his precious girls were located, but his wife and two more daughters missing: one of which was baby Ghina.

Volunteers dug frantically through the rubble in what seemed to be a hopeless search for the many lost. But then they heard something.

"They heard a voice so they dug until they uncovered her, thank God!" Ghina's dad said in an interview.

In an eight-minute video, workers scramble through the cement, yelling encouragement and urgency to find the little voice that had cried out from the rubble. In such dense layers of cement dust, it seemed impossible that anyone could survive any amount of time trapped under there. Slowly a little body emerged: Ghina. 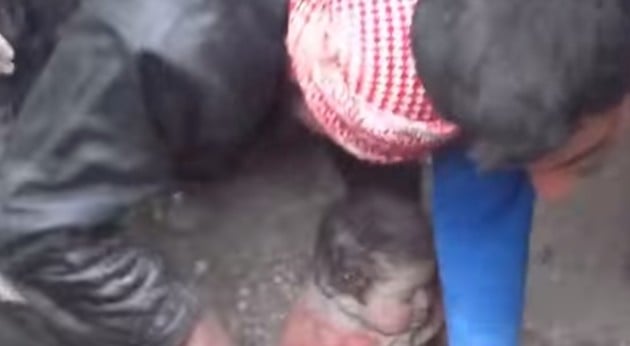 First came her head and her arms. She was so covered in dust, and so calm that she almost looked like a grey statue. Workers worked even faster as they dug around her waist and legs. 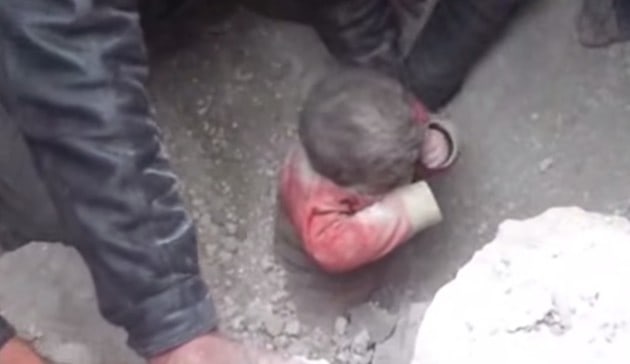 Ghina gradually became more aware of her surroundings. She slowly rubbed layers of filth off her eyes and quietly starting crying. Workers rubbed her tummy for comfort and to keep her conscious. 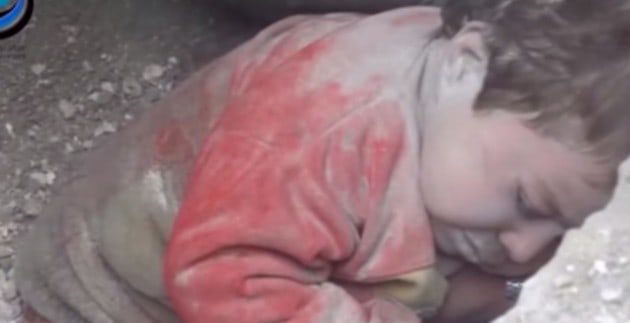 Finally, Ghina was free! Those who had searched so frantically for her joyously passed her off so she could be returned to her dad. Unfortunately, Ghina's mom did not survive the bombing, but Mr. Bassam was grateful for the immense miracle that, in a civil war that had killed at least 130,000 people at the time, his baby girl was spared. 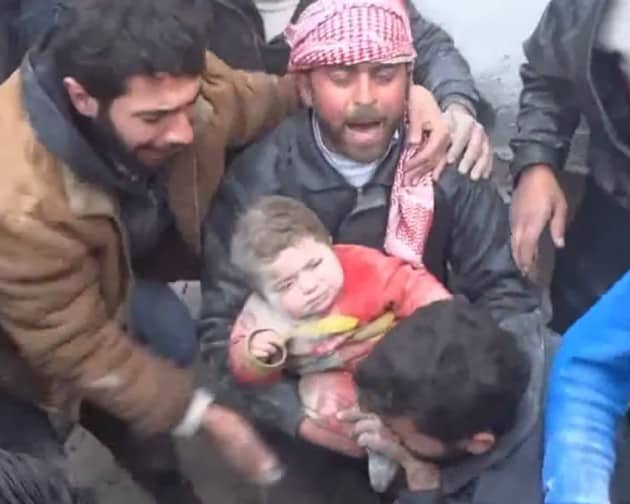 After the miraculous recovery, Ghina lived with her dad and six siblings in a home for those displaced by the bombing. 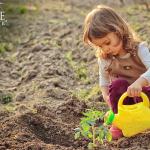 6 Things You Can Do Everyday to Save…