Kylee Cubine of Hallsville, Texas, was in a freak accident and never thought she'd walk or play soccer again. That was until people started praying for her.

About three years ago, Kylee Cubine of Hallsville, Texas, was "in a freak accident" while riding her ATV that left her in a hospital bed, and it seemed very likely she would lose her leg.

"I crawled up underneath the ATV that was flipped over upside down on her. I crawled up in there where she was sitting," her mother, Angel, told KLTV. "The first thing she did was put her hands on my shoulder and she said, 'Mom, I'm going to be able to play soccer again, right?'"

With broken bones protruding through the skin, doctors considered amputating her leg. Instead, Cubine chose therapy, getting help with a fixture device that allowed her to keep her leg. She would go on to have 10 surgeries in the process.

She didn't think she'd walk again, let alone play soccer. But prayer gave her the strength to do both.

Those prayers came from community members, schoolmates and family, who had joined together in a group called "Prayer Warriors." They constantly prayed for Cubine to heal, KLTV reported. Many of the efforts were led by Cubine's mother and her nurse, Amber Hunter.

"Angel would post daily scripture, daily devotion online for everyone to read and to pray with them, through social media," Hunter told KLTV. "That way everyone that knew Kylee and knew the family could really pray with them and keep up and what was going on on a day-to-day basis."

That group actually helped Cubine get more in touch with God. She said it also willed her to heal through her injury.

"Knowing that people are here for me and that I've grown closer to God, and my faith has grown stronger for him," she told KLTV, "there's nothing else that I would want more than that."

Faith and religious activity have long been known as a way to help people heal through traumas and different injuries.

One of the earliest discoveries of this was a 1995 study of 232 elderly patients, which found that those who were religious were three times more likely to survive open heart surgery than those who had no religious faith. It was the same for patients who participated in social groups, The New York Times reported.

"Having a strong faith and being embedded in a web of relationships like churchgoing have definite health benefits," said Dr. Lisa Berkman, an epidemiologist at the Yale University School of Medicine, told The Times.

The study found that having religious faith in general was the main factor rather than religious participation specifically. It didn't matter how often a patient went to church. Just having the faith kept them comfortable and strong enough to survive their injury.

Despite this finding, the issue has been generating new debate recently as attitudes in the United States have shifted slightly toward secularism. In fact, a 2015 study out of the University of Pittsburgh found that religion is rarely discussed between patients and doctors.

In most cases, patients bring up the topic, not doctors, especially during end-of-life situations when patients desire to feel more comfortable with the idea that they might not live much longer and need to know there's a greater beyond.

These researchers, who analyzed almost 250 meetings between patients and doctors from 2009 to 2012, found religion was only discussed in 40 conversations, about 16 percent.

Still, the researchers said it's important for doctors to consider their patients' religious beliefs since it may help them in making certain decisions.

"Regardless of whether the patient has decision-making capacity, clinicians should try to determine whether patients' religious and spiritual beliefs may affect the kind of medical care that is respectful of what is important to the patient as a person," Dr. Douglas B. White told Fox News. "Separately, many family members of critically ill patients find solace in their religious or spiritual beliefs, and it may be helpful for clinicians to understand this to better support them."

The debate over whether prayer can heal will likely continue. But doctors seem to be under the impression that offering some religious discussion or materials can help patients find solace in their injuries and may boost their moods, helping their recovery in the process.

"Nobody's prescribing religion as a treatment," Dr. Harold Koenig told WebMD. "That's unethical. You can't tell patients to go to church twice week. We're advocating that the doctor should learn what the spiritual needs of the patient are and get the pastor to come in to give spiritually encouraging reading materials. It's very sensible." 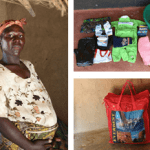 Here's What Pregnant Women Around the World Put…