It was a crazy turn of events that made these twins experience this 1 in 150,000 chance.

Twin facts are all sorts of crazy. They start interacting with each other at only 14 weeks in the womb, can be born with different skin colors, possibly have different DNA (even if they are identical), and 40 percent of them develop a language as toddlers only the other twin understands.

However among all these crazy facts, one thing seems sure: nature has a funny way of making twins close from the very beginning. For identical twins Karen and Kathy Escobar this became even more apparent as they both approached motherhood.

In June 2015, the identical Escobar twins were both in the final months of pregnancy. It was June 17, just three days before Kathy's due date when Karen started having contractions. Her due date wasn't until July 31 - more than a month later.

The twins both arrived at the hospital - Karen expecting to have a baby and Kathy there to support her sister through labor. But as Kathy encouraged Karen through her pains, she started to have some labor pains of her own.

The doctors discovered that Kathy was in labor and already dilated to 5 centimeters. Both sisters had planned on the same doctor to deliver them since they were due over a month apart. As Kathy quickly started her labor, it became apparent these births were not going to go as planned.

Even though she started labor after Karen, Kathy's baby, Aimet Angela Gonzalez, was born at 5:33 a.m. She was 7 pounds 12 ounces and born just three days before her due date. 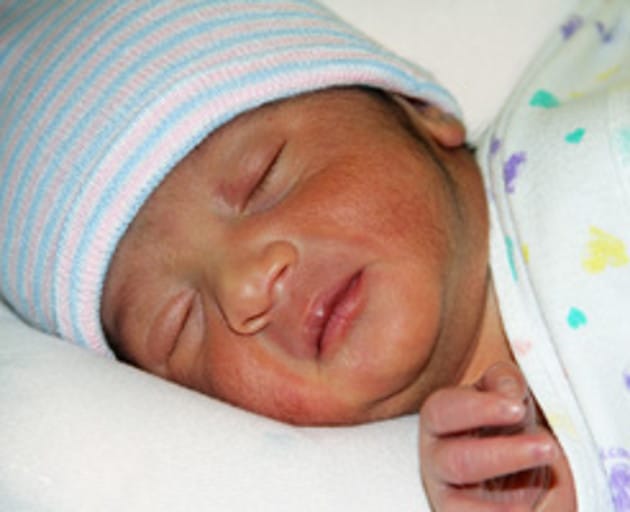 A few hours later at 7:42 a.m. Karen welcomed her beautiful son Liam Antonio Vargas. He was a tiny 5 lbs. and 4 ounces baby. "Both the moms and babies are doing well," said Ashley McClellan, the CEO of The Women's Hospital of Texas where the babies were born. 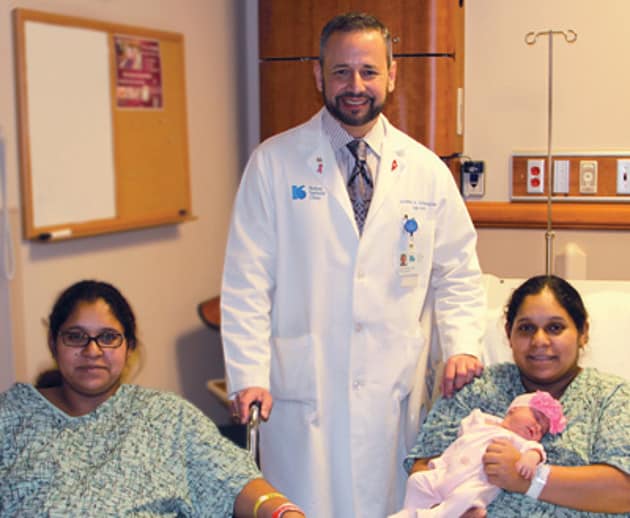 The chances of the Escobar's story are at least 150,000, according to the BBC. To read more about twins check out "9 things only parents of twins will understand," and watch these amazing twin's bedtime routine. 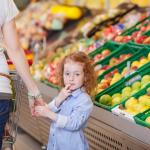