‘This is motherhood,’ the first words of a mother destroyed by the criticism of others; This is how the world reacted to her post

Every mother can relate to her truthful words.

A single mother bawled after her children threw a tantrum while she tried to buy milk. Other's judgmental gazes destroyed her. Her reactive words traveled the world.

With more than 60,000 likes, 20,300 shares and almost 7,000 comments, this mother's message captures what motherhood is really like and how, as human beings, we can be so inhuman at times.

Newsfeeds around the world, especially in the United States, were flooded with this mother's post on her Facebook wall accompanied by a photo she had clearly been crying in. The majority of responses to her post were positive and encouraged others to support mothers, not tear them down. People who support this mother today may have once been among those who cruelly criticised mothers in the past. It's safe to say, this mother changed people's views of the struggles and joys of motherhood.

No fancy filters, no good lighting, no new lipstick. It's messy hair that's wet from the rain, yesterday's makeup that I was too tired to wash off and tears.

Motherhood is HARD. Single-motherhood is HARD. These tears started as the cashier of Giant Eagle handed me my receipt and continued for the entire drive home. Tears that were passed on to my oldest in the backseat because he doesn't like to see his mommy cry. We know how much boys love their mothers.

You see, my two blonde haired, blue eyed, angel faced toddlers were not so angelic today.

It was 8:00 in the morning and we were out of milk. We took a trip to the store because if you know my kids, you know they survive on chocolate milk. But they weren't having it.

My youngest cried almost the entire time we were in the store. He didn't want to sit in the cart, he didn't want to be buckled, he wanted to hold all the groceries on his lap. He got mad. He threw his shoe, he threw my wallet, he threw the three groceries that did fit on his lap. And he cried. And people stared. That was fine, I could handle that.

My three year old wanted to be superman and stand on the cart. That was fine. I told him to hold on and stand straight. He did not. He fell off, he leaned backwards and knocked things off their displays. He leaned back and bumped a stranger. Then I made him get down and he walked too far ahead of me and opened all the freezer section doors telling me all the things he wanted to get.

I tried to handle that. I stopped multiple times and composed myself and my children.

The lady that I stopped and moved to the side of the aisle for glared at me because I moved the wrong way, she needed behind me not in front of me. No words, just a glare. I tried to handle that.

And then we saw balloons. Oh how my kids love balloons. They wanted the huge ones that cost $8.00. I compromised. We would get one balloon and share. They agreed. They each said "share" and smiled as I picked the biggest Mickey Mouse balloon they had.

But while we were checking out they did not want to share. They screamed, they cried, they fought. I handed the balloon to another cashier to be put back and they cried louder. My youngest pushed buttons on the card machine while my oldest picked up candy.

The people in line behind me glared. The cashier glared. Everyone's eyes were on me as if to say "can't you control your own children." One older gentleman whispered, "she's pretty young for two kids" and I lost it.

If you are not going to help, you better not judge

This is motherhood.
No fancy filters, no good lighting, no new lipstick. It's messy hair that's wet from the rain,... 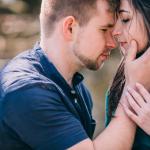 Is There Marriage After Pornography?