Charlie Brown's Christmas Special, Like Trimmings on a Christmas Tree, Just Saw One of Its Lines Get Cut. in Fact, It's One of the Most Important Parts of the Entire Play.

Charlie Brown's Christmas special just saw one of its lines get cut, like trimmings on a Christmas tree.

In fact, it's one of the most important parts of the entire play.

This happened at a Kentucky public school after a family complained about the biblical content, LEX-18 reported.

The school, which decided to perform the play "A Charlie Brown Christmas," cut a key line from the story that explains the birth of Jesus Christ by reciting the Gospel of Luke. The line was said by Charlie Brown's friend Linus after the main character asked about the meaning of the holiday, Yahoo! News reported.

"Ye shall find the babe wrapped in swaddling clothes lying in the manger," Linus said. "And suddenly, there was with the angel a multitude of the heavenly host, praising God and saying, 'Glory to God in the highest, and on Earth peace, good will toward men.'"

"Over the past few days, there have been several rumors indicating that there would be no Christmas plays this year at our elementary schools," Sauler said, LEX-18 reported. "I want to clarify that all programs will go on as scheduled in accordance with federal laws, our programs will follow appropriate regulations. The U.S. Supreme Court and the 6th Circuit Court are very clear that public school staff may not endorse any religion when acting in their official capacity and during school activities."

Both sides of the political spectrum have spoken out against or for the school's decision to cut the line. Amber Duke, a spokeswoman for Kentucky's American Civil Liberties Union, said the ban makes sense as it limits promotion of religion, Yahoo! News reported.

"Religious liberty requires protecting BOTH the right of free exercise for individuals of every faith and the right to remain free from government coercion and promotion of religion," she said in a statement, Yahoo! News reported.

But others have had less than a positive response. Not only have protesters gathered outside Kentucky's Johnson County Board of Education building, frustrated over the issue, but national news analysts have also weighed in, with Fox News commentator Bill O'Reilly calling the school's action an act of terrorism.

The debate comes at a time when most American adults don't mind seeing religion in school. Research from Rasmussen Reports found that 76 percent of adults believe public schools should celebrate Christmas, with 54 percent saying there isn't enough religion in public school overall.

It's curious, though, that Charlie Brown's Christmas special would cause such controversy. As Vox's Todd VanDerWerff noted earlier this month, the annual TV special is often embraced by secular and religious Americans alike because, despite its religious undertones and the aforementioned biblical quote, it doesn't come off as a preaching special.

"It's also one of the few overtly Christian programs that still airs annually on American broadcast television," VanderWerff explained. "Linus's concluding speech about the shepherds outside of Bethlehem is one of the few places in pop culture where the biblical account of Jesus's birth is forthrightly told."

Linus' use of religion to explain the meaning of Christmas is only a small piece of the overall story, too, VanDerWerff notes. The story is really about staying true to your friends.

The special, he explains, shows that friendship, like religion, helps people deal with tough times in life.

Linus' biblical quote also helps remind Americans about the country's religious background and the light that can come from offering respect and kindness to others, VanDerWerff noted.

"Even as the Christmas season in the United States steadily grows more and more secular, to reflect a country that's much less homogenized in its makeup, it retains the centrality of charity, the need to make sure people who are downtrodden and ignored are treated with kindness and respect," he wrote. "That charity is a beautiful thing regardless of the impulse that drives it - whether religious, secular, or out of pure self-interest. And it's how this time of year has gone for millennia. As the world grows darker, we do our best to make more light." 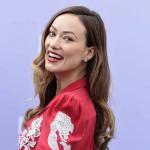