Chances of surviving the robber's bullet speeding toward his brain seemed slim. Then God showed this man the power of marriage.

It was a normal day at Donnie Register's antique shop when two men entered asking to see a coin collection. Thinking nothing of it, Donnie went to retrieve the desired items and returned to find himself being robbed. It was just like a scene from a movie.

One of the men stood with a gun aimed at his head, demanding money. At that same moment, Mr. Register saw the other man reach over the counter with his pistol drawn as well, and he knew he was about to be shot.

In an attempt to shield himself, Donnie immediately ducked down and threw up his left hand to cover his face. A shot went off, bullet flying towards its target. But it never reached its destination.

Instead, the bullet heading straight for Mr. Register's brain bounced off of a little metal band wrapped around his ring finger.

"I knew he was fixing to shoot me, and he shot me," Donnie said. "Luckily, my wedding band deflected the bullet."

According to Mr. Register's wife of 38 years, Darlene, luck had nothing to do with it. She gives God all the credit for her husband's miraculous experience.

She said, "The bullet went through two fingers without severing the bone. A part of the bullet broke off and [went] in his middle finger. The other part lodged in his neck, but it was not life-threatening."

The fact that Donnie was able to come out of such a deadly situation with nothing but relatively minor wounds and a dented wedding ring is truly incredible. It is nothing short of a miracle.

Mr. Register declared, "I knew being married was a good thing. I just didn't know it was that good."

If we learn anything from this amazing story, it should be that marriage is not just good. It is powerful.

Many people will refer to their wedding day as the day that changed their lives forever. For Donnie Register, the symbol of the vows he made with God and his wife on that day literally saved his life. 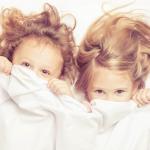 This Tiny Secret to a Child's Happiness is…