The San Diego Chargers fined their all-pro safety Eric Weddle this week after he failed to leave the field at halftime.

The reason he didn't rush into the locker room at the midway point of his team's home finale? He was busy watching his daughter perform a halftime dance routine.

That's right. As USA Today reported, Weddle was fined by the Chargers due to an "organizational policy" for not attending the half-time talk.

Weddle was later placed on the injury reserve list, which will keep him from traveling to Denver for a game against the Broncos (though that's related to a groin injury), USA Today reported.

The fine and placement on the injury reserve list haven't sat well with Weddle or his agent, given that the safety is a team player and is often one of the first Chargers players to sign autographs and pose with fans, The Union-Tribune reported.

You can call me every name in the book. What the organization did and how we have been treated is beyond reproach.

Nothing more important than this. Especially 0 halftime adjustments in a blowout win at home. Worth the nonsense. pic.twitter.com/splYf7BWUa

And, insiders say the locker room speech wasn't all that necessary to hear, with defensive coordinator John Pagano simply telling the players to "keep it up," The Union-Tribune explained.

Still, San Diego team officials called Weddle's decision to watch his daughter "detrimental to the team," especially since, as the Bleacher Report indicated, Weddle didn't inform the team he was going to stay and watch his daughter's halftime show.

Others, like Charles Rahrig V of Fansided, noted that the Chargers weren't in a bad spot at halftime as they had a 23-0 lead, meaning there wasn't really a need for Weddle to get some halftime inspiration from his coaches.

"If they had been losing and were fighting for something else, it would have been a completely different story," Rahrig wrote. "They weren't in that position and were throttling the Dolphins. Weddle should have been allowed to be out there to support his daughter."

Weddle's experience as a player apparently didn't matter either, nor did his family values, Rahrig wrote.

"Weddle is a veteran that has given his best years to the Chargers and knew the importance of the final game in San Diego," Rahrig wrote. "Yet, for being a dad he was fined $10,000, which speaks more about the franchise than anything else. Hopefully other dads around the league will stand with Weddle." 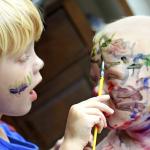