Donna Summer, Kc and the Sunshine Band, Gloria Gaynor, Albert Einstein . . . One of These Things is Not Like the Other, or so It Would Seem. The Fact is Smart People and Smart People's Kids May Have This in Common.

Ah, yes. Who can forget the first time they heard that pulsating disco favorite with the emotionally committed lyric?

"MacArthur's Park is melting in the dark / All the sweet green icing flowing down / Someone left the cake out in the rain. / I don't think that I can take it / 'Cause it took so long to bake it / And I'll never have the recipe again."

The song's heavy beat will up your families heart rate like nothing else. But don't recite any of the lyrics at a local mensa meeting. A little bit of Disco Inferno's rhythmical composition will do nothing IQ-wise for your standing in your poetry group either.

And yet, disco may boost your child's smarts.

Many of today's intellectual elite were mere teens during the era of disco - and what I mean by that is I was a child of the late 70s. We wore the silk shirts and spray-painted pants. We danced the night away, and look at us now!

OK, our cleverness may not be because of disco, per se; but recent studies do indicate that aerobic activity can enhance our ability to access and retain information.

He always looks like he just finished an aerobic workout. As a matter of fact, it was rumored that on several occasions Al uttered the phrase, "Boogie oogie oogie." Or, he would have said that had he been around in the late seventies. His actual quote is:

On top of that, the phrase "Dancers are the athletes of God" has been attributed to Einstein as well.

In 2007, a study by Columbia University showed that a three-month exercise regimen increased the flow of blood to the part of the brain responsible for memory and learning by 30 percent. A little Disco Inferno may be just what the doctor ordered for achieving this type of invaluable blood pumping.

Furthermore, these researchers came to a rocking conclusion: Because of this influx of oxygenated blood, new nerve connections are made. The result is that kids who exercise have better focus and are more alert.

It's about stimulating new nerve growth factors according to John Ratey MD, Associate Professor of Psychiatry at Harvard Medical School.

He calls exercise "Miracle-Gro for the brain" and asserts that those of any age who have a regular exercise routine have "improved short-term memory, exhibit faster reaction time, and have higher level of creativity."

Kids who constantly exercise build up their personal "brain-derived neurotrophic factor," meaning, as Ratey explains, that their nerve cells "branch out, join together and communicate with each other in new ways, which leads to your kid's openness to learning and more capacity for knowledge."

Need another reason to get your children doing the Hustle?

If that weren't enough, dancing famously develops self-discipline, and self-discipline beats smarts at predicting who will be successful, according to a 2005 study. Researchers from the University of Pennsylvania measured IQ and several other factors in their grade school test subjects, including tests of willpower and self-discipline:

"Highly self-disciplined adolescents outperformed their more impulsive peers on every academic-performance variable," the researchers stated. The grade-schoolers' ability to discipline themselves was a greater factor in their academic performance than their IQ was. Those high on the self-discipline scale had better eventual improvement rates than those with higher IQ.

The AHA suggests that children age 2 and older should do the hustle for at least an hour a day. Well, if not the hustle, then at least "enjoyable, moderate-intensity physical activities every day that are developmentally appropriate and varied."

And what could be more appropriate than putting on your platform shoes and boogieing? A few dances to the BeeGees or Gloria Gaynor and your kids will be survivors.

And think how smart they will be. More physical activity equals better sleep. Better sleep makes for rested and alert kids. So, active kids means smarter kids, which may mean more education, which could mean increased income, which turns into cash gifts for parents in their twilight years. See the payoff? 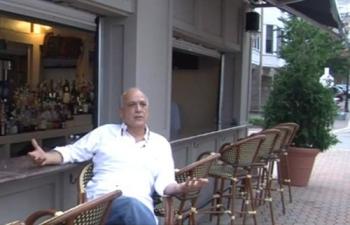