This parenting method may be just what you need

Because This One's Probably the Right Fit.

As parents, we are equipped with a natural instinct to protect our babies. And as those babies grow and begin to test their boundaries, our instinct to protect them develops into what we think is in their best interest — and that includes discipline.

Janet Lansbury, author of "No Bad Kids: Toddler Discipline Without Shame," points out that one of our mistakes as parents when our toddler acts out is that we take it personally, which can make us angry. She asserts that as the child grows, he is testing his boundaries in new environments and this testing is not to act out against us, but rather to help him determine his relationship with his new surroundings. When we take something that is natural to him and take it personally and become angry, our methods of discipline may not be in our child's best interest.

This article from the Huffington Post, "Humiliating Children in Public: A New Parenting Trend?", is about some parents who feel that publicly shaming their teens will teach them a valuable lesson. "In a moment when so much else in life is lived out loud and in public, it would follow, in a backwards and disjointed kind of way, that the method of discipline as old as The Scarlet Letter would seem fitting in a modern age," the article states.

For several reasons, however, public shaming will not have the effects parents desire.

Labels, like names, have influence over a child's self-concept. It is unfair to label anyone, but especially someone in his formative years — the years where making mistakes is normal and even expected.

2. Public shaming breaks trust between the parent and the child

As the child is humiliated publicly by his parent(s), he won't feel inclined to trust them. The relationship moves from "we are a team" to "me versus my parent." Parents should be their child's foremost advocate.

When a parent publicly shames his child, he invites the public to take part in condemning the child. It would have been much simpler for the issue to be spoken about and forgiven in private; now, with the entire village involved, the child can no longer hold his head high.

Just as a toddler is experimenting with a new environment and pushing boundaries, children and even teens are as well. They will make mistakes.

The fix-it and forget-it method of parenting is straightforward

1. When a child or teen makes a mistake, course correct or "fix it"

Recognize that the mistake made during a child's formative years does not indicate what kind of adult the child will grow to become. Immediately forgive the child.

Choose a consequence that is appropriate; one that is non-violent and non-shaming, but that includes your child saying he is sorry for his actions.

4. Do something positive together

This will help your child learn that even when he makes mistakes, he doesn't have to continue down the path that those mistakes would have him go. Instead, he can apologize, fix it and be loved and accepted by family members and friends as if the mistake hadn't been made.

Alicia is a mother to four children, including identical twin boys. She is also a former high school English teacher. She writes about family and home on her blog. She enjoys the funny things her children do and say and is the author of Motherhood or The Widening Gap Between Showers (available on Amazon).
nextarticle 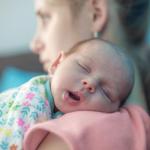