Over the Holidays, American Children Opened Up a New F-16 Fighter Jet That Played a Muslim Prayer Sound Instead of a Fighter Jet Sound.

Not everyone had a merry Christmas, at least in terms of the gifts their family members received.

For some Americans, the toy fighter jet they gave their children for Christmas didn't come quite as they expected it to. Instead of playing sounds of a normal F-16 fighter jet, the new toy played Muslim prayer songs.

This was true for Bjorn Thorpe, whose nephew received the toy jet as a gift, KING 5 reported.

"We put the batteries in and didn't get what we expected," Thorpe told KING 5. "I do respect other religions, but it's not the right situation to have it on a children's toy."

Thorpe was just one parent who complained about the toy, which has mostly four-star ratings on Amazon and is often purchased by families. Others have voiced their concerns on the site, saying how the Muslim prayer wasn't an appropriate sound for children.

In fact, the prayer is supposed to be performed during Mecca, Nadeem Israr, the president of the Islamic Society of Whatcom County, told KING 5.

"This is a prayer you're supposed to say when you're performing Hajj," Israr said.

This led some to mock the toy's Islamic prayer, with one Amazon reviewer specifically saying "I have been wanting to convert my 3-year-old son to Islam for a long time and haven't been able to motivate him to do so," The Seattle Times reported.

The toy's company, Wolvol, said the manufacturer must have made a bad batch of the fighter jets, KING 5 reported, which are now unavailable on Amazon.

And that seems true, since not all toys have come with the Muslim prayer noises, at least according to the Amazon reviews.

But this isn't the only holiday toy that didn't come the way customers thought it would. One Massachusetts boy, for example, opened his Playstation 4 box to find nothing but a block of wood with an inappropriate message on it, My Fox Boston reported.

"He's crying and he's upset and he's in the playroom by himself and he just wants to be alone so at that point. I was crushed," Kristin Lundy, his stepmother, told My Fox Boston.

Target gave the family a new system, a $100 gift card, and an additional game in return, saying that issues like this happen sometimes with toys, My Fox Boston reported.

"We never like to disappoint our guests and are thankful for our store team's quick response to make things right," Lee Henderson, a spokesman for Target, said.

These toys come at a time when one of the top 2015 holiday gifts - hoverboards - were condemned by experts for their malfunctions. Not only did hoverboards start a fire in a Texas mall, but the U.S. Consumer Product Safety Commission plans to investigate 16 other fire reports across 12 different states, CNN reported.

"We consider this a priority investigation," Patty Davis, a spokeswoman for the USCPSC, told CNN. "This is a popular holiday item and it's going to be in a lot of consumers' homes, and we'd like to quickly get to the bottom of why some hoverboards catch fire." 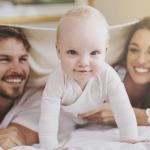