Mothers Day is Right Around the Corner. That Means It's Time to Celebrate Imperfect Moms, Since, Well, All Moms Are Imperfect.

This weekend is all about celebrating the imperfect.

Well, the imperfect mother, that is.

Physician and researcher Danielle Teller wrote for Quartz this week that mothers are far from the ideal image that we often expect them to look like. Rather, mothers are tired, busy and, well, imperfect. The promise that mothers will be perfect and raise ideal children only hurts the very fabric of family culture, since it sets unrealistic expectations.

"Our elevation of mothers to sainthood and admiration of their martyrdom goes too far in the opposite direction, however, imposing unrealistic expectations of self-abnegation on women and putting too little pressure on fathers, communities, employers, governments, and yes, even children, to do their parts," she wrote.

In fact, the relationships that parents and children share are often complicated. Perfect mothers don't create and raise perfect children, as there are a number of factors that contribute to a child's wellbeing. And yet society, according to Teller, makes it seem like mothers bear the entire burden of raising perfect children.

There's a danger with this: It takes responsibility away from children themselves, and makes mothers unnecessarily responsible for how their chld is rasied and how they become an adult.

Teller said children should take responsibilities for their own actions, which will help them learn and grow. Doing so will keep mothers far from falling into depression, too, since they won't feel as much pressure, which will increase their happiness and their child's happiness overall, too.

This isn't such a bad idea. Recent research from 2011 found that 1 in 10 mothers can be depressed any day of the week. In fact, research this year out of the University of Michigan found that mothers who have children from multiple partners are also more likely to feel stressed and depressed.

And a parent's depression can have a negative impact on a child. A study out of Binghamton University found that mothers who have a history of depression don't relate to their child. Or, as the researchers said, these parents aren't "in sync" with their youngsters.

"When people are interacting, sometimes you just feel like you're in sync with somebody, and you know the interaction is going really well and you're enjoying the conversation. We're trying to figure out, at the body level, in terms of your physiology, do you see this synchrony in moms and their kids, and then how is that impacted by depression?" Brandon Gibb, professor of psychology at Binghamton University, asked in a press release.

To find this, the researchers measured heart rate variability of children from 7 to 11 years old and their mothers while the two were having positive and negative conversations, according to a press release.

They found that mothers who suffered from depression at some point of their lives didn't match up with their child, in terms of heart variability.

"We found that mothers who had no history of depression were really matching their children's physiology in the moment," graduate student and lead author of the study Mary Woody said in a press release. "We saw most moment-to-moment matching in the conflict discussion, in which they were talking about something negative going on in their life. In this difficult discussion, we're seeing this protective physiological mechanism coming out. Whereas, with mothers with a history of depression and their kids, we're seeing the opposite — they actually mismatched. As one person is getting more engaged, the other person is pulling away. So they were really missing each other in that moment and walking away from the discussion feeling sad."

But one way, at least according to Quartz's Teller, to get parents and children to become more in sync is to take mothers off a pedestal and have them engage in meaningful conversations - to celebrate their imperfection.

"Mothers are not martyrs and children are not passive vessels; our society should stop pushing those two intertwined memes," Teller wrote. "This Mother's Day, tell a mother you know that you appreciate her for who she is, not for the loads of laundry she has washed."

That's something American children can definitely do this weekend, given that it's the magical holiday that is Mother's Day. Here are 12 ways you can honor the imperfect mother in your life.

Go on a mother-daughter date 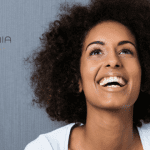