This woman only said ‘YES’ to her kids for a whole week, and this is what happened

Who Wants Spaghetti Tacos For Dinner?

Kids love to ask for things. I'm sure you've taken your kids to the store more than once and realized it was a mistake because they ask for everything they lay their eyes on. Sometimes it might feel like the only word that comes out of your mouth is "no."

Hannah Williams from BuzzFeed decided to try a little experiment with her kids. She would say "yes" to everything (within reason) for a whole week, no matter what. She didn't tell her kids, of course, but she did learn a few amazing things.

Looking at old pics like dang I took my flat stomach for granted ? But look at those KIDDOS ?

From spaghetti tacos for dinner to a picnic in the park, here's what this mom learned about saying "yes" to your kids more often:

1. Your kids are more capable than you might think

On the first day of the experiment, one of the kids needed a haircut and wanted to ride his scooter there. Williams normally would have said no because she didn't think he could ride the scooter home, but he rode it the whole way there and back.

2. They'll eat more of their food if they choose what it is

The boys wanted spaghetti tacos, and to Williams' surprise, they actually ate a lot of it. One of the boys had three tacos!

3. There are some things you should definitely say "no" to

Saying no sometimes is important because children shouldn't get every single thing they want - that's not how real life works. Saying yes is a fun experiment though!

4. It can actually make for a really fun time

One of the nights, the kids wanted to have a picnic and play soccer in the park on a work night. This normally would have been a "no" because fun is usually set aside for weekends, but it ended up being awesome.

One of the boys called the picnic and soccer night the "best day ever."

6. It's scary but worth it to get out of your comfort zone

Williams was dreading when the boys would ask to come to work with her, but they all ended up having an awesome time.

She says that sometimes it's not that much harder to say "yes" than "no," but it's always more fun.

8. You can have a good work/life balance

As mentioned above, the family usually saved fun and outings for weekends. But Williams realized that you can have fun with your family any day of the week.

9. You'll realize how awesome your kids are

Of course your kids will have the occasional meltdown, but saying "yes" more will help you realize just how incredible they are.

You don't have to say "yes" all the time, but consider letting your kids have a little more freedom when they ask for things. You never know what you'll learn from them. 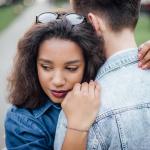 3 Keys to Hold Onto Your Marriage Through…