This zombie nativity scene is back for a second year, and people are upset about it

This Zombie Nativity Scene is Back For a Second Year, and No One's Happy About It

An Ohio man just made the nativity scene a little darker.

As Raw Story reported, Jasen Dixon, who manages a haunted house in Ohio, built a manger scene that includes a "zombie baby Jesus" for the second year in a row - even though he was asked last year to take it down.

Dixon applied for a permit this year to build the nativity scene, but he was denied. Since he's left it up, he's facing a $500 per day fine, according to Raw Story.

"We were going to take it down, decided to leave it up, all the lights are re-hooked and open for business just no roof. Let's see what happens," Dixon wrote on Facebook.

Dixon has also called for donations and social media support from neighbors and fellow Americans through Facebook. There are even T-shirts for sale that support the display.

The scene has received mixed reviews, according to the New York Daily News. In fact, Dixon's own father "hates it," NY Daily News reported.

Protesters have also left disapproving letters at the manger, including one that quotes John 10:17 with an explanation about how Jesus conquers all evil, including zombies.

"I think it's the theme," Dixon said, according to Raw Story. "It just rubs people the wrong way. That's why they're coming down so hard on me."

This isn't the first zombie-inspired nativity scene to appear in the United States. One toy company created a toy manger set that included religious figures, like Jesus, Mary and one of the three wisemen, as zombies, according to The Blaze.

One of the creator's founders, Ashley Gojic, said the manger scene was meant to help religion grow.

"Religion's going down," Gojic's character said in the toy's marketing video. "We've got to find a way to get people in the church, which is why we think we've found the trend that will really help with that - zombies."

While Gojic continues to sell her manger set and Dixon doesn't "really know what's going to happen with his," both of these situations remind believers about the importance of the nativity scene, which is a common decoration during the holiday season.

"Today, it's almost impossible for one to go through the Christmas season without seeing a nativity scene in front of a church, in a Christmas play, decorating someone's yard, or placed in model form on a fireplace mantel," according to Compelling Truth, a religion information website.

Interestingly enough, most nativity scenes - regardless of whether they're about zombies or not - may have errors in them. For example, many nativity scenes have Jesus' birth in a manger, stable or cave, when in reality he was likely birthed in a home, Compelling Truth explained.

And the angels, who are often depicted hovering above Jesus' birth, were said in the Bible to have been in a field where they announced Jesus' birth to shepherds. As for those wise men, with their myrrh, gold and frankincense? They actually likely visited Jesus a little bit after his birth, Compelling Truth explained.

Pope Francis has also said donkeys and cattle are a myth, too, The Telegraph reported.

Despite the myths or those macabre nativity displays, the true meaning of the nativity scene matters more than anything, according to Pope Francis, who says the manger scene represents something more - the true power of faith.

"As Christmas approaches, many places are setting up nativity scenes, such as here in St. Peter's Square. Large or small, simple or elaborate, the crib is a familiar and very expressive representation of Christmas," Francis said, according to Catholic News Agency. "It is part of our culture and art, but above all it is a sign of faith in God, Who in Bethlehem came 'to live in our midst'." 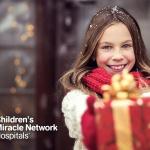 9 Little Acts of Service You Can Do…