Tips For Raising Kids in a Digital Age

The Digital Age is a Big Part of Children's World. Parents Need to Be Knowledgeable and Ready to Warn of the Dangers and Encourage the Good.

Everywhere you look kids and adults are glued to their iPhones, iPads, or some other electronic device. We were visiting a relative recently and there on the couch were four teenage cousins, boys and girls, all on digital devices, laughing and sharing YouTube videos.

They were having a ton of fun. Here's the basic content of their conversation. "Have you seen this one? It's hilarious." Then, they all click on the link and the laughing begins. After that, another cousin chimes in, "You're gonna love this one." And to it they all go. More hilarity.

The digital age is in full bloom. There's no escaping it — and it's not all bad. In fact, there are some great advantages to delving in, whatever your age. Parents and grandparents need to be savvy participants or they will be left behind. If you don't know how, ask your kids or grandkids. They will love teaching you. It puts them in a elevated position. Instead of always being the one taught, they get to teach. It feels good. Parents cannot properly guide their children in the digital age if they do not have, at least some, understanding of it.

Most schools are now well equipped with laptops and iPads for student use. In a recent conversation, Shauna Palmer, a high school government and politics teacher, said her concerns were not so much that students have their own devices, since most schools are well equipped, as it was that they used them properly. "Too many times, when assignments are given, kids think, 'No big deal. I'll just google the subject and easily find the material,'" Palmer said. "I've found that when kids turn to google only, they don't learn the material as well. It's a fast answer with little or no retention value. I require at least three sources for an essay." She wants them to delve into the subject and compare information and come to their own conclusions as to solutions. She wants them to go beyond thinking that everything they read online is accurate. Her goal is for her students to learn to make comparisons and think for themselves.

Kids find it too tempting and too easy to do a quick search so they can get back to texting friends and electronic games. She said that this mindset is often present in their essays. Some students are so accustomed to texting that they use this same lingo in an essay, to get it done in a hurry. She said, "That's unacceptable in my classes. Anyone using shortcut texting abbreviations will receive a failing grade on their essay. They must learn how to communicate accurately when they write or they will end up failing in the real world." She's hoping parents will insist on the same level of writing and help them achieve it.

Regarding verbal communications skills, in a Huffington article, Melissa Ortega, a child psychologist at New York's Child Mind Institute, said,"I can't imagine these kids sitting down in an interview and having a reciprocal conversation easily," she said. "They haven't had these years of learning about awkward pauses. Being able to tolerate the discomfort is not something they're going to be used to, unless their parents make it a priority." Once again, kids need parents who are engaged in helping them learn to communicate face to face, not only through texting.

A young mother recently discovered pornography on their home computer. She and her husband were stunned. Since they have a teenage son they feared he was viewing the inappropriate sites. After intense questioning they felt certain he was not the guilty party.

Then, their 7-year-old son admitted that he was the one. The young boy, who is learning to spell, thought it would be fun to type into google the word naked. You can only imagine what may have popped up. He admitted that he found it interesting and kept looking. The parents searched the computer history and found that he had looked at many sites, not just once but several times. He said he couldn't stop. They talked to him about the seriousness of such behavior and how addictive it can be. They put a filter on their computer and found a good counselor to help them and their son.

Parents must put filters on their computers to guard their children. Along with that, they must teach them early that there are inappropriate sites that can be very damaging to them. They must prepare them for when they are not on a home computer.

There is so much good available in this digital age. Though we must educate our children about the bad, we must also help them learn the good. In fact, they need to be conversant with the computer world.

According to the Computing Research Association, future jobs lie with computational skills. The association projected that between 2006 and 2016, new and replacement jobs for computer specialists made up 62 percent of science-based jobs, compared to jobs in other sciences and engineering. For projected new jobs created, they made up 70 percent.

"If a generation grows up in awe of technology without mastering it, they will be controlled by it or the people who understand it fluently," researcher Ryan Henson Creighton contends.

Supporting wholesome computer use for your children will help prepare them to enjoy its benefits. This is an important part of preparing them for a successful future. By being involved in their education and talking with their teachers, you can guide them in the right direction. 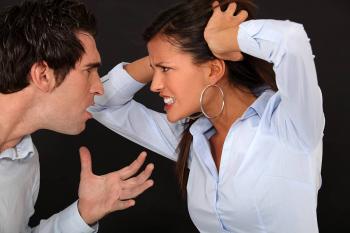