Tips on Setting a Curfew

Parents Must Be Responsible, and Kindly But Firmly Be in Charge When It Comes to Setting and Enforcing a Curfew. They Are the Safety Net For Their Children.

According to your previous curfew agreement with your child, it's time for her to be walking through the door, right now. The phone rings. It's her on the other end sweetly saying, "Mom, the DVD we're watching isn't over yet, and it's right at the most exciting part. I'll be home in about 45 minutes. OK?"

You either have a curfew or you don't. If you don't, then your child is "up for grabs" for any influence of the moment. You cannot afford to put your child in that kind of danger.

So what do you say to the above plea? Here's a suggestion: "Thanks for calling, sweetheart. However, you know what time you are to be home so come home right now." If she persists, simply repeat the same words.

What if she ignores your instructions and stays anyway, thinking it may be worth a little punishment? If that happens - you go get your child. She will then know the curfew is real.

There are three questions you must always ask before your child walks out the door.

1. Where are you going? Get the address of where he or she will be.

2. Who are you going with? You must know the names of the friends your child will be with, and where they live.

3. What will you be doing? Get details, such as watching a movie at Jamie's house, or at the school game. Confirm the curfew time.

If you don't know these answers you won't know where to find your child. A father reported going after his 16-year-old son, who was 30 minutes past his midnight curfew. The boy didn't have a cell and the parents had not asked the necessary questions. They only knew his date's first name. So the father called a few of his son's friends and found the approximate location of the girl's home. Then, he got in the car and began a grid search in her neighborhood.

He found them sitting in the car in front of her home. He pulled up beside the car and kindly but firmly said to his startled son, "You were to be home at midnight. You're late. Come home now." Then the father drove home. Three minutes after the father arrived home, his son burst through the door and angrily said to his father, "Don't you ever do that to me again! That was so embarrassing."

His father calmly replied, "I'll bet that was embarrassing and I hope I never have to do it, again. Goodnight, son." The boy was home on time after that.

A single mother told her similar experience. Her son had a history of staying out late even when she went after him. She said, "Then I hit upon an idea. The next time I went after him I went looking real ugly. I put rollers in my hair, wore my worn-out bathrobe and bunny slippers, and walked into the home where he was watching a DVD with friends. I said, 'It's past your curfew. Come home now.' He leapt to his feet and we rushed out the door together. He was never late again."

How to Set a Curfew

Decide with your child the times he or she must be home. School nights need to be consistent and non-negotiable, except in rare cases, which must be decided upon in advance. Weekends may be later, but must be a clearly agreed upon time by parents and child. Once they're out, negotiations are over. If there is a special occasion that warrants a later curfew discuss it with the child and choose an appropriate time. Parents must be responsible, and kindly but firmly be in charge. We are the safety net for our children. 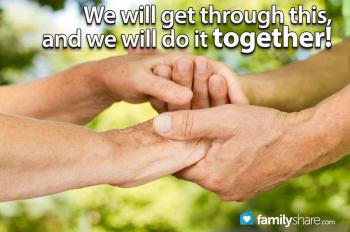 How to Survive Cancer Together