Cyberbullying is on the rise. Research shows that it can be just as harmful as real-life bullying, but these tips will help your child keep it from happening.

Every child knows about school stress. And one stress that is becoming increasingly common is cyberbullying. But because it's relatively new, many children and parents don't know how to handle it and don't know how to talk about it to help their child address it if it comes up. So below are five common types of cyberbullying, and tips of what you and your child can do to help combat it before it becomes a problem.

Facebook, Twitter, reddit and other social media sites are popular hangouts for teens. Because they're popular hangouts, your child may see things posted online about them that are mean or gossipy. Blogs are also common places to see mean posts.

If your child is sent mean posts, tweets or reads a blog post directed at them, tell them not to respond to it. Tell them to save the information and tell you immediately. Then contact your child's school, and let them know what is happening. Most schools have strict anti-bullying policies and will take appropriate measures.

One thing to make sure you and your child understand is that they are not to respond to the bullying. If your child responds with a sharp or cutting remark, your child could also get in trouble for cyberbullying, as well. Instead of responding, tell them to let you know immediately, and you will take the appropriate steps. Also make sure they know not to delete the content as you'll probably need that later.

Texting is one of the most prominent ways your children communicate with their friends. As a result, it's also a prominent way to gossip, bully, make fun and slander.

Let her know that if someone texts her something that is off-color or rude, they should tell the person to stop writing such things to her. If the person continues to write her, have your child tell you and you will take the necessary steps. You can contact the sender's parents or block your child's cell phone from receiving texts from that person. If the content is threatening, it should be reported to the local police and the school so that they can take appropriate measures to keep your child safe from retaliation for reporting.

When you were growing up, there was probably a popular hangout that most kids went to after school or on the weekends. While there are still popular brick and mortar hangouts, there are also popular online hangouts that kids from school go to as well and cyberbullying happens here, too.

Even though chatrooms usually use anonymous usernames instead of real names, most school friends know each other's user names, and they don't use secret names for the people they're bullying. So anyone else in the school who is also in the chatroom knows exactly who is being talked about.

Tell your child that if he is in a chatroom when others are talking about him to stand up for himself. He shouldn't retaliate nor say threatening things back or else your child could get in trouble for it. If the bullying crosses the line into threatening comments, tell your child to take a screenshot of the threatening remarks and tell you immediately.

Sexting is one form of cyberbullying that is the most dangerous. Bullies will take texts, pictures and other messages and post them online in order to embarrass and incriminate. Sexting also occurs when someone says uninvited sexual things as a way to make your child feel uncomfortable and get a laugh from others who may be reading it - which further makes your child feel uncomfortable.

Even if your child originally took the pictures, texts or other media that are now on the Web, let him know that it is not OK for others to be using them against him. Also let your child know that you will not be angry at him for sending the texts or pictures, and you will do what you need to do in order to stop the bullying. A lot of children don't talk to their parents about sexting content because they're afraid their parents will get mad at them for sending texts or pictures that shouldn't have been sent. As a result, the pictures or text messages continue to get sent around with no stop to them, and your child feels more and more trapped.

Cyberbullying is very real and hurts children. Let your children know that you are on their side, and you will do whatever you can as a parent to help stop the bullying. Most schools have a zero tolerance bullying policy which also includes online bullying. Most cities also have laws against cyberbullying as well, so there are practical steps you can both take to end the bullying and make school and the Internet a safer place for your child. 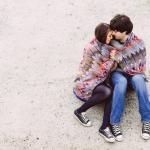 9 Ways to Motivate Your Husband to Take…