Tips to tether the tantrums

Tantrums are loud, embarrassing and not healthy for your child. Learn how you can help your child stop a tantrum - before it even starts.

You've seen it at the grocery store, at work, sitting on a pew at church or walking to your car in the parking lot. It seems like anywhere you go you often see a kid throwing a tantrum about something-er-other with her embarrassed parents standing by trying to calm their tantrum-throwing child. Heck, if you've been a parent long enough (and you don't have to be one for that long) you've probably been that embarrassed parent a time or two. In situations like these, it's normal to wonder what more you can do to help your child not throw tantrums.

First of all, recognize that tantrums are a normal part of childhood. Children, who have far less life experience than adults and whose brains are not as developed, have emotions they just don't understand or know how to express. These emotions often reach a boiling point because they don't know how to healthily express them. And certain parts of their brain aren't as developed that help them emotionally regulate themselves. As a result, children are just going to have tantrums from time to time regardless of how hard you try. Cut yourself some slack and allow your child to have a tantrum once in a while.

Second, when you see your child having a tantrum know that it doesn't do much good to get angry at them. Instead, try to understand where your child is coming from. Put yourself in your child's shoes for that moment. As an adult, you might not see why it's so frustrating not being allowed to have Oreo's for dinner, but when you put yourself in your child's mind you might see something different. You might see someone who's been told "no" all day and is feeling powerless. Or you might see a child who doesn't like what he's having for dinner. As an adult, I can understand both of these places. When I feel powerless or like I'm being forced to eat something I don't like, I want to throw a tantrum, too. When you talk to your child from a place of understanding, he's much more likely to feel calmer and avoid a tantrum.

Prevent Tantrums Before They Even Start

Third, prevent tantrums by being emotionally in tune with your child. You can do this by being emotionally validating to your child throughout the day. When you continually validate your child they feel understood and cared for. As a result, she's less likely to feel flooded by her emotions so often and less likely to throw tantrums when she becomes flooded. By validating a child's emotions, you're also showing him how to manage his emotions when they arise so he can effectively handle them.

As a parent, don't forget to validate the "negative" ones, too. Emotions such as anger, revenge, sadness and jealousy are OK. They are normal, and everybody (including grown-ups) feels them. By validating your child when she is feeling any of these emotions, you're telling her that she's OK inside and safe even if she doesn't understand what's going on inside. This will also help your child (and you) navigate the situations when these emotions arise by not avoiding these emotions or feeling guilty for having them, but your child will learn to cope with them and even express them in healthy ways.

By taking these three small steps, the next time your child has a tantrum you'll be able to comfort and soothe him more quickly and help him navigate the situation much more easily and effectively. It will also help children learn how to manage their emotions that underlie the tantrums so that they have fewer tantrums less often and also learn effective emotional regulation as they grow into adulthood. 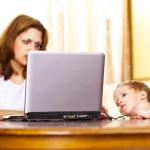 Back Away From the Mouse