To the single mom with sons

You're not just raising an executive, or an athlete, or a professional salesman, you're raising a man on a mission

I didn't have a father to raise me. Yes, my mother remarried after my father exited our lives when I was five, but her new husband was not a father to me. We occupied the same home, but he didn't mentor me. I wish I could express gratitude for his provision; frankly, the deficits completely outweigh any addition that he might have brought.

I can't imagine the struggle that you may be facing as a mother, but I want to encourage you. The fact that you are reading this article already testifies that you have a cause worth fighting for: the raising of your son.

Your son wants a cause worthy of a fight. He wants to make a difference in the world. If your son doesn't have a cause worth fighting for he will find the wrong thing to fight against.

We're seeing a generation of young people who really don't have anything to fight for. Confused by the empty rhetoric of false causes, they rally on Wall Street against an unknown identity, the top 1%. They have food, clothing, elite-educations, all the while holding their Starbucks cinnamon dolcé lattes, but they're angry enough to sleep in the parks for their cause, no matter how silly and undeserving of a cause it may be. This is not the kind of cause that you want to raise your son to fight for. It's not worthy of him.

You should remember that you are preparing your son for his mission. I know that's a pretty heavy statement, but it's true. You're not just raising and executive, or an athlete, or a professional salesman, you're raising a man on a mission.

Your goal is not to raise a good boy; your goal is to raise a man. You are assigned the responsibility to raise a boy who has a deep reservoir of purpose within him. That purpose is a philanthropic cause.

Every man has a deep desire to do something of significance. To live beyond one's self is the desire of an authentic man. When you draw upon this deep passion within your son, you will discover that his purpose to live for the sake of others taps into a creativity and spiritual consciousness that will not be revealed in any other way.

Tapping into this depth of purpose will truly distinguish your son from the crowd. Few men ever get to this level of understanding. Most men are too busy living for themselves or being tripped up in the silly little snares of sophomoric pursuits.

If you want your son to experience the highest level of pure joy and satisfaction in life, train your son to live for a cause. Elevate his pursuits above cars, clothes, and cottages. Lift him up to the desire to fight for a cause.

Help him use his resources

An authentic man understands that he uses his entrepreneurial drive to gain the resources, influence and finances in his life to meet his needs, to provide for his family and to leave them an inheritance, but he has also accumulated enough to leave the world a better place because he has lived.

God wants each of us to be obsessively preoccupied with the needs and desires of His other children. - Rabbi Daniel Lapin

You want your son to fight for a cause, but that cause should be worthy of him.

The motivation of my childhood has continued into my manhood. When I awaken every morning with the burning passion to be a better man than I was yesterday.

Until your son is old enough and wise enough to show his gratitude for your efforts, please let me express it on his behalf, "Thanks, mom for what you're doing to raise a man." 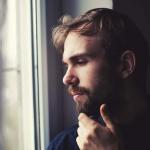