Too Serious Too Soon?

What Can Parents Do When They Realize Their High School Student is in a Relationship That is Far Too Serious? the Couple is Spending More Time Together Than With Anybody Else. They Neglect Their Same-Gender Friends and Their Family.

What can parents do when they realize their high school student is in a relationship that is far too serious? The couple is spending more time together than with anybody else. They neglect their same-gender friends and their family. Neither is in a position to get married. But clearly they are in love.

Parents certainly can't ground their kids in a situation like this. The kids will simply sneak out their windows in the middle of the night to get together. They may even choose to move out, or run away from home rather than live apart from the person they love. We can't force our teenagers to do anything. They are free agents and will fight tenaciously to make their own choices. Does that mean a parent should just sit back and catalog the teenager's demise?

Don't let your teen shut down and shut you out. Make sure you talk about all kinds of things, besides her or his relationship. Talk about your child's job, classes, sports, hobbies, interests. Then your teen will be comfortable sharing when it comes time to talk about his or her relationship.

2. Respect the power of puppy love

. Even though it's naive and uninformed, perhaps because it's naive and uninformed, puppy love is powerful. Be careful not to put down your child's beloved. They will become defensive, clam up and refuse to talk to you anymore. Rather than scrutinize the person, scrutinize the relationship. Although both young people may be excellent human beings, the relationship may not be excellent, simply because of the timing.

3. Prepare them for the end

Warn your teen. As much as they don't want to admit it, the relationship willend. Statistics are dismal for successful high school romances. You know, and everybody else knows, their relationship won't last. They are the only ones who don't know. Even if the couple marries, their chances of staying married are slim. They may have stayed married 50 years ago, but it's exceedingly unlikely today.

. The most common reason for a high school relationship to end is because the student feels "cheated on" because their beloved is "talking to" someone else. Introduce your son or daughter to other interesting and exciting young people and let the excitement of playing the field, lure them out of an exclusive relationship. Then they will end it and you won't have to.

Rodney Fife is the marketing director for the Gluten Free Consumer. He is a full-time student and also works in Marketing and PR at Cedar Fort Publishing.
nextarticle 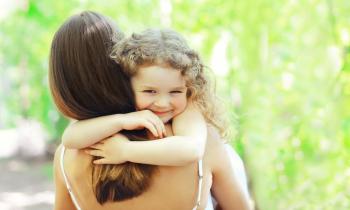 5 Horrendous Ways You're Complimenting Your Child