Do You Think Having One Baby is Hard? Imagine Having two Babies at a Time. According to a Recent Article in the New York Times, the Rate of Twin Births is on the Rise in the United States, Increasing 76% Between the Years of 1980 and 2009.

Do you think having one baby is hard? Imagine having two (or more) babies at a time. According to a recent article in the New York Times, the rate of twin births is on the rise in the United States, increasing 76% between the years of 1980 and 2009. These days, babies born in the United States have a 1 in 30 chance of being a twin. So, how can we help the increasing number of twin mothers? I spoke with a mother of one-month-old twins. This was her advice:

You can imagine the cost adds up quickly. Twins tend to have lower birth weights than single births, so they'll likely start in preemie sizes and spend a longer time in newborn sizes. Want a great gift idea for the parents of twins? Get them a mountain of diapers.

Give the gift of swaddling

It's hard to hold two babies all of the time, especially if there are other children in the family, but newborn babies want that constant feeling of warmth and security. The solution? Swaddling blankets comfort babies when their mother's arms have to be busy doing something else (the mother I spoke to suggested Aden and Anais blankets). They're also handy as changing mats and burp cloths.

Go casual, rather than cutesy

Sure, it's more fun to get fancy little dresses, vests or other outfits for new babies, but they're not practical for daily use. Twin babies are often born early, which means they have to stay away from crowds of people longer while their immune systems develop. All those cute little outfits end up going to waste for the first couple of months. What twin babies really need is a large variety of casual clothes. While it's fun to dress twins up in matching outfits, doctors say it's important for them to gain their own identities. Mothers need to bond with them individually, rather than as a unit. Coordinating clothes, instead of matching, is the way to go.

When you have a single baby, it's easier to go shopping, or a walk because you can simply carry the car seat and still have a free arm. Not so, with twin babies. Imagine the awkwardness of carrying two car seats or a baby in each arm. Have you noticed grocery carts are made with only one pair of legs in mind? Thus, a double stroller is a must, but it's expensive! This would be the perfect gift for in-laws or good friends to buy together. Look for one with a big basket to make grocery shopping a little easier.

It's still the little things that count

If you have the time and inclination, our mother of twins said the thing for which she's been most thankful is service from friends, family, and neighbors. The problem is with two little babies on top of older siblings, a house to clean, and meals to make it's been almost impossible for her to get a moment to herself. Help the twins' mothers in your lives by offering to watch the babies while she showers or takes a nap or screams in a pillow (whichever she prefers). Tidying up the living room or making a meal wouldn't be a bad idea, either.

Twin babies are twice the crying, twice the giggles, twice the diapers, and twice the miracle. It's a big adjustment for any family, and any gift you can give will surely be appreciated. 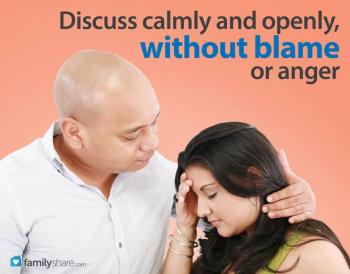 5 Signs of an Emotional Affair