What Would Happen When We Capture the Existence of These Beings, and What Evidence Will Time Accumulate Over the Years to Change Our Minds?

Aliens, bigfoot, demons and the supernatural, it all is up to us to figure out what we believe is true and what is fake. Evidence has piled up over the centuries to prove that these creatures or extraterrestrial beings do, in fact, exist. What will happen when we capture the existence of these beings and what evidence will time be able to accumulate over the years to change our minds?

So maybe this is not a video of angels but where there is a heaven, angels are sure to dwell there. This was caught by a couple in Foshuan in the province of China that shows footage of a city floating in the sky. Scientist argue that it is an apparition or mirage created by the city but others debate that this could be a slight reflection into the other side. Either way, nothing has been proven to provide evidence of either standpoint.

Probably the most peculiar clip you can find of the existence of angels is this one. Cameras at a mall in Indonesia caught a beam of light that landed inside a parking lot. The light was in the shape of a butterfly or winged being and only stayed planted for roughly two seconds. It took off just as quickly as it came and a group of children took notice of the light figure as they go to swarm the area the figure was once in. It was suggested that this was a reflection of light on the sheen floor from another source but the video content would suggest otherwise, especially compared to how the figure appears and disperses.

This is one of the more compelling pieces of evidence because of the low-quality footage, which that alone could suggest that the material would not have been edited or tampered with. It looks like an angel is knelt offering a prayer in the mosque of Azerbaijan. A child who is also praying filmed the mosque on his camera phone and happened to pick up on an illuminated light that was bent in the same fashion. Many believe it was just a reflection from the windows that caused such a light to appear but that would not explain the shape of the light. What do you think?

This one is impressive; it's about an angelic superhuman caught by a street camera. Angels are a matter of perspective; this video could very well be evidence that angels do live among us. The footage was taken at 3:00 AM on May 9, 2012 in China. A man is riding his bike into an intersection and does not see the oncoming truck. As the two are about to collide, suddenly an apparition of a beam of light appears revealing a hooded man who then grabs and teleports the person on the bike safely to the other side of the road. Many believe this video to be a hoax, which I would agree too if it were not for the timing and scorched marks on the ground. All of this happens within 66 seconds, so how else could a man possibly be saved from a car accident in just under two minutes? You could say it was fake but it needs a substantial amount of evidence to prove that it is. 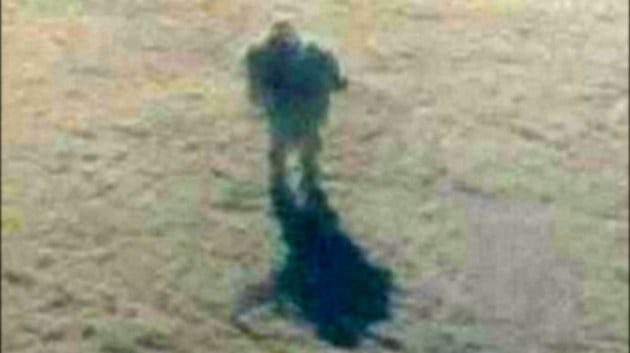 Personally, this is my favorite. This image was taken by a man on a plane that was flying over Europe at the time. He was 30,000 feet in the air when he first noticed an abnormal cloud apparition. As the plane passed the cloud, he realized that it was in the shape of a large man or robot rather than an unusual cloud. After some snapshots were taken a close up later revealed that the cloud man even had a face. Scientists believe that it could have been columns of steam rising from a power plant, but that could not answer how the apparition had a face.

Whether you believe in the supernatural and angels, it does not matter when it comes to technology catching some interesting and extremely questionable material these days. You can believe in heaven and the idea that we have people watching over us or choose not to. In the end, it is all a matter of opinion and where your faith lies. 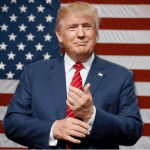