1. Starbucks Protest About Two Dozen Protesters Showed at a Philadelphia Coffee Shop on Monday With a Goal to Make Sure Starbucks Didn't Make Any Money That Day. Here's Why. on Thursday, Two Black Men Sat in the Philadelphia Starbucks Waiting For Someone to Meet Them. They Asked to Use the Bathroom, But an Employee...

About two dozen protesters showed at a Philadelphia coffee shop on Monday with a goal to make sure Starbucks didn't make any money that day. Here's why.

On Thursday, two black men sat in the Philadelphia Starbucks waiting for someone to meet them. They asked to use the bathroom, but an employee denied the request since they hadn't bought anything. The men were asked to leave three times and they declined. Eventually, an employee called the police and both men were arrested for trespassing. As the men were being handcuffed, the man they had a business meeting with arrived at the coffee shop and asked, "What did they [the police] get called for? Because there are two black men sitting here meeting me?" Someone else in the shop responded that the men had done nothing.

Starbucks CEO Kevin Johnson responded to the protests with regret. He said the video is hard to watch and plans to increase education about racial biasing and training to prevent similar incidents.

Something to chew on while your teenager is eating cereal and you're waiting for your morning cup of joe...

Experts repeatedly emphasize that the key to helping kids develop respect for people who are different is to not ignore those differences. This Starbucks incident is an opportunity to acknowledge the way people are treated because of their differences. When talking about this, or another example of prejudice, try asking:

"¢ Why do you think this person was treated poorly?

"¢ Do you think it was fair for this to happen?

"¢ What would you do if you saw someone being treated unfairly?

For expert advice on how to teach kids at every age level to respect, check out this online publication from Tolerance.org.

2. Every Night in His Dreams

A 15-year-old boy with autism is making headlines this week because of a Titanic feat ... literally. Starting at age 10, Brynjar Karl Biggison built the world's largest Titanic Lego replica. And if you're not impressed by that alone, he used 56,000 Lego bricks to build the 26-feet-long and 5-feet-tall model. It didn't cost as much as the 7.5 million that the original Titanic cost, but at an average of 10.4 cents a piece, Brynjar's replica possibly cost nearly 6 thousand dollars, which was funded by donations from family and friends. That's one expensive dream.

But he wasn't alone. Brynjar's grandpa, an engineer, scaled down the original Titanic blueprint for lego size, and his mom was his personal cheerleader.

Because of his autism, Brynjar said he had a lot of insecurities and struggled in school before working on this project. But now, "My grades have risen, and my classmates consider me as their peer. I have had the opportunity to travel and explore and meet wonderful people," he said.

Something to chew when your child says they want to be a professional YouTuber...

This Titanic project was a family event. How can your family help your child accomplish their dreams?

Child expert Michele Borba said the secret to helping your child set accomplishable goals is to use the goal setting formula (I will + what + when) in conversations your child hears. For example, Borba teaches:

"You walk in to the laundry room and find it piled high with dirty laundry. (No surprise in my house). It's a perfect opportunity to model the formula. Tell what you hope to do, using goal language to your child: "I will get these clothes washed and dried by six o'clock" (what = washing and drying the clothes + when = by six o'clock)."

For more ideas on how to help your child set effective goals, read her article here.

93% of married or cohabiting parents say it matters a lot to them that their spouse or partner sees them as a good parent.

Word of the day

Basic:
A word used to describe someone who doesn't have any interesting defining characteristics. Basically, they follow every popular trend so they aren't unique. Think pumpkin spice lattes and loving Taylor Swift.

News your family can chew.
nextarticle 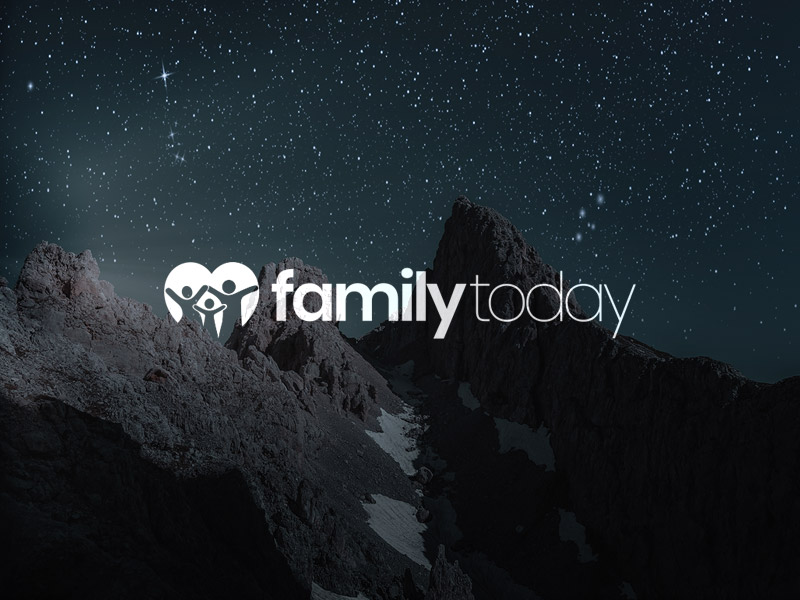