Teenagers Are Famous For Being Moody. But How Do You Know if Your Teenager is Displaying Normal Teenage Angst or if They're Clinically Depressed? Learn How to Spot Depression in Teenagers and What to Do About It if It's Happening to Your Child.

I remember very clearly the moment my husband and I first knew we had a teenager on our hands. We were returning from a family picnic with our three children, the oldest of whom had just started junior high school the week before. Since we had a habit of family scripture study, we had brought our scriptures to read on the way home. I read one chapter and started to close the book. That's when our middle child (too saintly for her own good) piped up with, "Oh, can you read ANOTHER one?"

Our oldest promptly muttered a complaint under her breath, to which her dad responded by saying, "Well, that's not a very good attitude to have!"

That was all it took. Our daughter refused to speak to her dad for the next six months. Not only would she not speak to him, but she would leave the room when he entered. Or she'd hide under a blanket. Or cover her face with a pillow. Her previously perfect grades started dropping. She began dressing in black and staying in her room. And she was angry all the time.

Finally we realized our bright, bubbly daughter wasn't just experiencing the normal ups-and-downs of adolescence. Something much more serious was happening.

When the therapist diagnosed our daughter with clinical depression, our first thought was, "What does she have to be depressed about?" (Forgive us. We were new at this.) That was followed by, "She isn't acting depressed. She's just acting mad." (We were very new at this.)

Now, several years later, we know you don't have to "have something to be depressed about" to be depressed. Depression is a brain disorder that can be influenced by genetic and environmental factors. Approximately one out of five youth will have one or more episodes of major depression by the time they reach adulthood.

We also know depression in adolescents can look different than depression in adults, with the most noticeable change being an increase in irritability, anger, or hostility. Of course, those three traits are also part of normal adolescent behavior, so how can you tell the difference?

In addition to anger or irritability, signs of depression in teens can include:

If your child is experiencing any of these symptoms for more than two weeks, or if these symptoms are interfering with your child's ability to function, you need to seek professional help. A therapist, psychologist, APRN (registered nurse with additional psychiatric training), or child and adolescent psychiatrist [2] will be able to diagnose and treat your child. Be aware, though, if your child needs antidepressants or other psychotropic medications, these can ONLY be prescribed by an APRN, psychiatrist, or in some cases, your child's physician.

Finally, don't be surprised if your child is resistant to the idea of getting help for their illness. (Our daughter swore we'd drag her kicking and screaming to see a counselor. We finally said, "OK, if that's what it takes.") Teens are very wary about being seen as different or "weird," and there is still a lot of stigma attached to having a mental illness. But depression, left untreated, can kill. So be sensitive, but be firm - and get your child the help he or she needs.

For more information on children and mental illness, visit the National Alliance on Mental Illness at www.nami.org

[2] If you are not able to find a child and adolescent psychiatrist in your area or if the psychiatrist has a long waiting list, ask for recommendations of APRNs who specialize in treating teens. You can often get in to see an APRN much faster than a psychiatrist.

Wendy works for the National Alliance on Mental Illness (NAMI Utah), helping families and individuals find support and resources to successfully deal with mental health challenges. Wendy and her husband have three children, two of whom have been diagnosed with Bipolar Disorder.
nextarticle 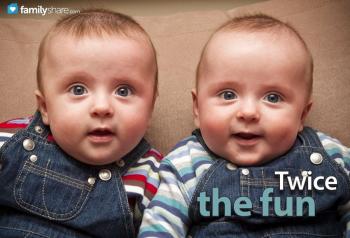 How to Parent Twins