Uh oh! You’ve got a tattletale: what to do

In dealing with tattling, like so many other situations with kids, you must walk a tightrope. Balancing the attempt to reduce annoying tattling with making kids feel they can speak to you about problems, isn't easy, but something worth getting right.

How do you deal with a child that tattle-tells? Is it something that needs to be stopped? Or not?

Most of us recall while growing up that tattle-telling was discouraged. Most of the time, the reasons for trying to crush this habit in children was because it was annoying to the parent, teacher, or other adult, and also because a "tattler" is usually viewed unfavorably by their peers.

Many adults set up rules about tattling, like "only tell me about it if someone is going to get hurt." A common practice in classrooms is to use a "tattlebox" in which the child is directed to write down the complaint on a slip of paper and put it into the box, which the teacher will review later. One teacher has a sign on her desk with the initials "T.N.K." standing for "Is it true? Is it necessary? Is it kind?" Others try to instill the idea that unless there could be physical danger, tattling should be held to a minimum.

But what about bullying or forms of psychological or physical harm? Kids need to know that in this day of school violence and bullying problems, it is OK to talk to an adult if someone is being threatening, scary, or mean. It's not OK for a child to suffer in silence if they are being kicked in the bathroom because of an anti-tattling rule.

So when deciding on how you will handle tattling, consider the kinds of things you will label tattling, and which things you want to encourage children to talk to you about. Children should not feel helpless about a scary situation.

When the tattle is something like "she took my doll" or "he's climbing up the slide instead of using the ladder" you can deal with it by reducing the reward the child is receiving for tattling. Try saying "thank you for telling me" and give no other attention. Some children need a reminder that they are not the "boss" of other kids.

In dealing with tattling, like so many other situations with kids, you must walk a tightrope. Balancing the attempt to reduce annoying tattling with making kids feel they can speak to you about problems, isn't easy, but something worth getting right. 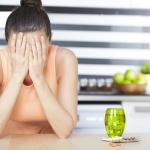 4 Cures For Morning Sickness in Pregnancy