Unplugged: Disconnecting From the Mire of Interactive Media

Writer/filmmaker Guy Debord once said about technology that it creates the condition of the "isolation of lonely crowds." Never has this been more true than it is today. The latest development in interactive media is "social media." The problem is that the term "social media" is a misnomer. In reality, it isn't social at all.

Let me provide two examples from my recent trip to the airport. While waiting for my flight, I noticed a young mother thumbing a text vigorously into her phone, while her young daughter tugged on her arm and attempted to show her something outside the large window. This went on for several minutes, until the little girl gave up. The mother never even noticed her. At the same time, I watched two teens text messaging one another from opposite ends of the same bench, never communicating verbally.

A recent study by Kaiser Family Foundation suggests that the average American youth spends nearly 11 hours a day immersed in interactive media. Even if exaggerated, doesn't this seem problematic? Here are some ways that my family and I have reduced our reliance on interactive media.

In the end, some technology serves unnecessary convenience.  Once, we all functioned without it.

Charles lives in Colorado with his wife Irina. They are parents to five children. He received his MA in Political Science from Indiana State University and his BS from Utah State University. He has been involved with youth programs for boys between the ages of 12 and 14 and has been a lecturer and teaching assistant at the university level. One of his current goals is to have a work of fiction published. In his leisure time, he enjoys gardening, hiking, and reading.
nextarticle 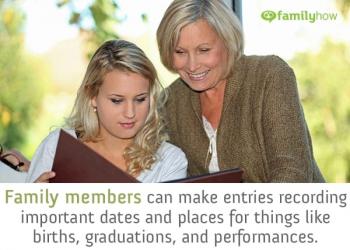 Ways to Get the Whole Family Involved in…