Using charity to teach your children about economics

Microfinance is a relatively new idea that is providing capital to help people around the world achieve their dreams of owning a business. Here are some tips on how to use this financial program to teach your children about economics and charity.

My sister is taking a business course in which she has to start a small business with only $20 start-up capital. Whatever profit she makes is donated to a budding entrepreneur as a microfinance investment loan. She is thrilled at this prospect and has already chosen her recipient, a farmer in Armenia.

This got me thinking about how we can teach our families to give monetarily. Most of us already do service projects, even though we may not call them that (helping someone with yardwork, taking a meal, babysitting, etc.), but we should also teach them to investigate and give from the pocket book as well as from the heart. Microfinance is a good way to do that.

Microfinance is a relatively new idea, having its roots in the 1800's when theorist, Lysander Spooner, and European credit union founder, Friedrich Wilhelm Raiffeisen, independently came up with ideas to give small credits to farmers and business owners to pull them out of poverty.

Modern microfinance is often credited to Dr. Mohammad Yunus, who began experimenting with lending to poor women in the village of Jobra, Bangladesh during his tenure as a professor of economics at Chittagong University in the 1970s. He would go on to found Grameen Bank in 1983, and win the Nobel Peace Prize in 2006.

Microfinance is an alternative to traditional lending institutions such as commercial banks, which would almost never loan money to someone with no assets to speak of.

The idea behind microfinance is that you contribute into an MFI (Microfinance Institution) as little as $20.00. These contributions are collected and used to underwrite a loan which has been pre-dispersed to a worthy cause, such as an Indonesian woman who makes aprons, or in my sister's case, an Armenian farmer. The applicants and recipients are folks with motivation and drive, but no means to either start or grow their business. By using microfinance options, they are often able to grow to the point that they can hire others in their village to work with them.

The upside to microfinance:

Thoroughly investigate the MFIs before selecting one. Here is what to watch out for:

There are quite a few MFIs out there. Some are specific to certain areas of the world and others are global. There are even some that work person-to-person, independent of an MFI. Here is a list of some of the most well-known MFIs:

Use your favorite search engine to look for microfinance organizations and then do your research. Statistics show that there are over a billion people living on less than $1.00 a day. Here's a way for your family to help another family achieve their dreams and enjoy the thrill of self-sufficiency. They have the drive. You send a little support and everybody wins.

Here's how to start:

Giving of themselves is one of the most important lessons we can teach our children. When they perform charitable activities as children, it helps them become compassionate and thoughtful adults.

This article was originally published on FamilyShare.com. Check out these other related articles: 6 reasons why you should donate to charities, How much money can we afford to give to charity? and How do I evaluate a charity before making a donation? 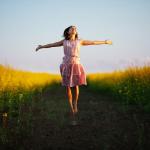 Being Happy Comes From Within Each and Every…