New Video Encourages Parents and Watchers to Be Aware of Gun Violence and Its Prevention.

Gun violence is preventable if you know the signs. These are the words that appear on the front of the nonprofit Sandy Hook foundation site. For years now bullying and violence has increased in the schooling system and has only influenced irrational shootings and suicides.

Recently a video was made by the Sandy Hook foundation that screams to parents and watchers of the reality of how gun violence occurs in the school system.

If you're a parent, student, or teacher you really need to see this. Watch, look, and listen! ?? #Ad pic.twitter.com/fTogpuv2wq

Violence has caused extreme concern in the last few years for parents who send their children off to school. School violence has risen since 2008 and is not showing any signs of slowing down.

Here are the stats

It has now been four years since the Sandy Hook shooting and still mass shootings continue to rise. The Sandy Hook foundation urges parents, friends and community leaders to stay alert and be aware of the signs before an act of violence can take place.

Continual signs of depression or aggressiveness can easily indicate signs of violence or self-harm before they take place. Be aware of those around you and teach your children to show kindness to all. It will not only help in a moralistic perspective but also give you the power to save lives. 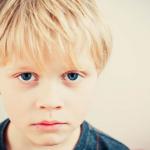 Why Teaching Children to Push Past Their Feelings…