Want to Chat With Your Family? Send a Group Text

There's at Least One Way You Can Keep in Contact With Your Family All the Time - Start a Group Dm.

While Drake DMs all his exes, you may want to DM your family.

Apparently that's where all the family time goes down these days.

In a piece for MEL magazine, an offshoot of Medium, Caroline Moss explains that she and her family often communicate with each other through a group direct message. Moss says her dad will sometimes send over GIFs and emojis, while her mom will send pictures of the family dog or just simple text messages.

More than anything, it's been a way for Moss and her family to keep in contact despite the distance between everyone.

"It used to be a conversation had around the dinner table, but now my siblings and I are out of the house - Ben and I live in Brooklyn while Lucy is a sophomore at the University of Delaware," she wrote. "When my mom got an iPhone about a year ago, the family group text became the dinner table chatter we no longer had and desperately missed - a way for us to provide mini, often banal updates about the intricacies of our lives without having to schedule a family dinner."

A group family DM also allows users to have somewhat of a filtered news feed where you learn only about what your family members are up to.

"It works well for logistical stuff," Lizzie O'Leary, host of American Public Media's Marketplace Weekend, told Moss of her own group family text. "We are all up in each other's business a lot. But in a loving way."

She admits, though, that there are faults to this way of communication. The group family DM leaves little room to escape. You can't really unsubscribe without offending your family members, and you can't exactly leave the room like you would in real life, Moss wrote.

Family group texts can also be a nuisance "when your family is engaged in an active conversation and you're in a meeting, or on a date, or just trying to sleep. And your phone will not stop going off," Moss wrote.

Still, Moss said the group family DM keeps out the mundanity of the rest of social media, allowing you to focus on only things your family cares about.

In fact, the group family chat may actually have more benefits outside of just keeping you and your family in touch. It could help you grow closer, too. A 2014 study from the University of Kansas found that teens and adult children who talk with their parents through texting and social media tend to have better relationships than those who don't.

The study specifically found that children who talked with their parents through smartphones in at least two ways - texting and Snapchat, for example - were happier than those who didn't at all. It only increased when more apps or messaging services were added to the bunch.

"A lot of parents might resist new technologies. They don't see the point in them, or they seem like a lot of trouble," doctoral student Jennifer Schon, who helped with the study, told CTV News. "But this study shows while it might take some work and learning, it would be worth it in the end if you are trying to have a good relationship with your adult child."

Of course, starting a group chat with your family can be a struggle since there are so many different apps and services out there. Do you focus on a Facebook Messenger group? Or bring it closer to home on your smartphone through iMessage? Kik? Line? WhatsApp?

To help you decide, here are five apps for group texters to get their hands on.

This is the app you want for your family DM that'll include Uncle Larry, who's refused to embrace smartphones. GroupMe allows those with iPhones, Android phones, Blackberrys and non-smartphones to communicate all in one place. "GroupMe is the Swiss Army knife of group texting and communication apps," according to LifeHacker.

WhatsApp works perfectly for families who are spread out across international waters. The app allows international texting for free and has no cost as of 2016.

Keep everything simple through Google's hangout and messaging service. It allows you to text and talk for free, all the while staying near your email if you need to send someone a private message. It also allows you to take your messages off the record, just in case you don't want everyone to read them in the future.

You're forced to have this app, so why not use it to keep in touch with your family? Facebook Messenger allows you to easily add people to the conversation and gives you the opportunity to give each of the people in your group a nickname. GIFs, stickers and emojis are aplenty in this app, too.

This is a simple group texting app, which allows you to create contacts of groups to make the messaging experience easier. 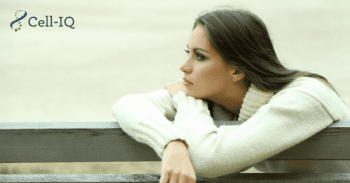 5 Ways You're Losing Your Personality as a…