A New Study Recommends Pregnant Women Take It Easy With Their French Fry and Potato Consumption, Since They Are Linked to Creating a Diabetes Risk.

Science has found something women should avoid eating before becoming pregnant - potatoes.

That's because too much potato consumption has been linked to creating a diabetes risk for pregnant women, the study said.

In fact, women who eat more potatoes before they become pregnant were more likely to suffer from gestational diabetes, a form of diabetes that pregnant women can get when foods raise their blood sugar levels, the study said.

Potatoes may be a risky food since it is a high-glycemic food, which, research has found, raises blood sugar levels and creates the risk for diabetes, the study said.

But this isn't the case for all parents, nor should all parents worry about ordering those medium fries. The study's authors said this isn't a proven cause and effect result, and that the study may have just showed there was a link between potatoes and high glycemic levels among pregnant women. They suggest further testing.

"What we do know is that women can significantly reduce their risk of developing gestational diabetes by managing their weight through eating a healthy, balanced diet and keeping active," Dr. Emily Burns, from Diabetes UK, told BBC.

Gestational diabetes isn't overly common in the United States, after all, with about 9.2 percent of pregnant women suffering from the medical issue, the Centers for Disease Control and Prevention explained.

But it's still a significant medical issue, UK experts told BBC, since mothers-to-be who have diabetes also risk passing it along to their children.

"Gestational diabetes can mean women develop pre-eclampsia during pregnancy and hypertension," the study's lead author, Cuilin Zhang, told BBC. "This can adversely affect the foetus, and in the long term the mother may be at high risk of type-2 diabetes."

Cutting potatoes and high-glycemic foods from the diet may seem simple, but some pregnant mothers have the craving for it, which makes it hard to give up those foods.

Lisa Bramen of Smithsonian Magazine is one of those mothers. She said her doctors warned her of eating potatoes, pastas and starches because they could affect her blood sugar levels.

"The last thing a pasta-loving pregnant lady with a sweet tooth wants to hear is that she should cut out carbs," Bramen wrote.

It doesn't help either that some researchers encourage pregnant women to eat foods rich in carbohydrates, like cereals, breads and potatoes, since they can give those new mothers energy for their pregnancy and help their newborns grow. Medical professionals suggest about nine to 11 servings of carb-loaded foods every day, according to the U.S. National Library of Medicine.

Most researchers agree that pregnant women can eat a mix of starches, vegetables, fats and fruits - as long as it's all done in moderation. For potato lovers, though, it may be a good idea to eat them with the skin still on, or other whole grain starches to offer added benefits, BBC reported.

And it's good for pregnant women to exercise and keep a well-rounded diet, along with maintaining that healthy diet, the NLM explained.

"Eating a well-rounded diet with all of the right nutrients and getting at least 30 minutes of exercise per day is important for a healthy pregnancy," NLM wrote. 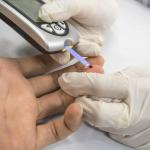