Warning Signs Your Teenager is Depressed and How to Help

More and more teenagers find themselves struggling with depression and, because of their age, it can be really difficult to recognize.

When we picture someone suffering with depression we usually think of men or women who are going through hard times, maybe dealing with money issues, or even those wading through a midlife crisis. But these are not the only faces of depression. More and more teenagers find themselves struggling with depression and, because of their age, it can be really difficult to recognize.

Depression in teens can appear much differently than in adults with the symptoms being challenging to spot since teenage behavior is often naturally erratic. But in the past few years in particular there has been a sharp rise in teenage depression with some studies claiming that 1 in 5 teenagers are clinically depressed. Not surprisingly, teens with depression who don't receive the help and support needed are at far greater risk of suicide than their peers.

So as parents, caregivers, teachers, or just concerned adults, what do we need to know to be able to recognize teenage depression and help someone suffering?

Signs Of Depression In Teens

Depression in anyone is much more than just feeling sad. Occasional sadness is normal for everyone. This, however, is part of what makes recognizing depression in a teen so difficult. Teenagers are prone to mood swings and emotional ups and downs mainly because of their fluctuating hormones and developing sense of self. So the changes that are naturally occurring can often mask the underlying depression they may be feeling. Many times, after being told their teen is suffering from depression, parents will say, "I just thought they were just dealing with the normal teen stuff."

A depressed teen will exhibit signs, however, you just need to look closely. One of the biggest red flags is a major change in behavior of any kind. If your normally social child loses interest in friends, or your good student suddenly lets their grades drop, that should be something to investigate. Or, if your already Goth teen won't go to school, you need to be concerned.

A depressed teen isn't always the one locked in a dark room crying, however. Although that can happen, it's also possible for a depressed teen to seem outgoing and remain social. The socialization can look very different though when depression is involved. He or she may seem like they are just going through the motions and not taking any real pleasure in their activities. Or they may become reckless, defiant, or seem angry at everyone and every situation.

Other symptoms to make note of are the following. While any of these can be exaggerated in teenagers, you will need to compare them to what's normal for your teen.

These are not all of the symptoms of depression in teens, but they are some of the most common.

It's also not uncommon for teens who are dealing with depression to feel "different" and assume that makes them less likeable. The teen years are tumultuous as it is, as well all know, and trying to figure out where they fit in is tough for all of them. If your teen is suffering with depression they may assume they don't fit in anywhere and no one likes them, or they have to "fake" it to fit in. These feelings will only make their depression even worse.

Recognizing The Risk Of Suicide

Left unchecked and without intervention the risk of suicide in a depressed teenager is very real. According to the Center for Disease Control 17% of teens in 9th-12th grade have contemplated suicide, and is likely low too. Unfortunately, for many families, the signs can be hard to see until it's too late.

If your teen is exhibiting any of the following signs pay close attention and consider getting help.

Any of these behaviors should be taken seriously and intervention should be considered.

How You Can Help

The biggest thing we can do as concerned adults is pay attention. Most teens won't come to us and say, "I'm depressed, please help." They likely won't answer us honestly when we ask about how their feeling either.
As with anyone suffering with depression, telling them to snap out of it, or that things will "get better" won't work. And depression is something that you can't just "fix" - it's more complicated than that. What you can do, however is be there for them. Isolation and loneliness deepens feelings of depression. The love and support of family and caring adults, as well as the feeling of safety and stability that comes with that care are very important for all kids, and even more so for a child dealing with depression.

While your teen may not pour their heart out to you about what they're feeling, they are likely to make comments along the way that can give you some insight. You just have to be alert listening, which is not always an easy task given how hectic life can become.

Insisting in healthy behaviors when it comes to sleep, nutrition, and substance use is also crucial. Poor habits in these areas are ineffective ways of coping and can cause other issues that will exacerbate the problem.
Depression in teens, and anyone for that matter, should be taken seriously. It doesn't typically get better on its own and people suffering often need the help of a trained counselor in order get better. 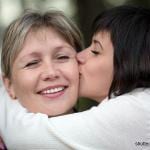 To the Mom Sending Her Daughter to College