Warning: Talking to Your Teenager Can Make You Stupid

Talking to Your Teenager Can Make You Stupid, or at Least Make You Feel That Way. No Matter What I Said, or so It Seemed, I Got the Eye Roll.

This may be generational phenomenon; my grandfather often said that talking with my dad in his adolescence made him feel a bit slow. My father says such conversations took place with me in my teenage years. Now, my 17-year-old son regularly causes me to feel less than intelligent.

So, is this normal?

When my son was younger, he came to me for answers. Obviously expecting me to provide the perfect answer, he would pose loads of questions. Anything from "Do fish sleep?" and "Do worms have eyes?" to "Where does the white go when the snow melts?" and everything in between.

In addition, he would listen as I explained the important things in life, such as how to start the lawn mower and how to clean the spark plug to fix it when it does not cooperate. How to cast a fly line, cook a meal, and all the other things a young person needs and wants to know as they grow, dominated our discussions.

I miss those days. Quite frankly, I was pretty good at it.

It seemed no matter what I said, I got the eye roll. Every parent of teenagers knows the eye roll, the one that means, "Boy, you're just not very bright." Couple this with the quick look away that means, "How could you even say that?" and you have the substance of much of our recent conversation.

The subject at hand has been largely irrelevant. The conversation can be as innocent as "What are your plans for this evening?" or as biting as "Clean that spark plug or the mower won't start." The response is eerily similar, seemingly calculated to purposely make me feel as unintelligent as possible.

Shortly after this began, I was beginning to feel a bit isolated, wondering if it was just my son and me with this issue, but a quick Internet search on the key words "communications," "problems," and "teenager" showed over 100,000 articles. I felt better for a bit, then I had a conversation with my son and just felt dumb again.

I can trace the change to roughly the same time frame as the boy getting a driver's license. The phenomenon may have a simple explanation, something like an adolescent allergy to auto upholstery, but I doubt it. I think a more likely reason is that he's a young person simply trying to define himself, to develop an individual identity separate of his parents' and just not being very good at it, yet.

I discussed this hypothesis with my dad, and he thoughtfully agreed. I asked what brought him to this conclusion. With a poorly concealed smile and a sparkle in his eyes, he said that our conversations had ceased to make him feel stupid.

I guess there is hope, a light at the end of the tunnel.

So to answer the question, if this is happening to you, it seems to be pretty normal. 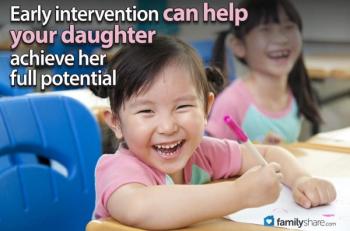 The Gender Gap of Adhd