A Recent Research Report Has Found That Fun Workplaces Will Often Be More Productive. But is There Such Thing as Too Much Fun?

Who says you can't have fun at work?

New research has found there are economic benefits to having fun at the office and flexible schedules. When the office offers a fun experience, it increases productivity among workers and makes employees happier overall.

The research comes from a report that said companies should block employees from their email accounts during vacation, and that employees shouldn't come back from vacation with too much work on their desk, Chronicle Live reported. The office should be a place of happiness and fun.

"The results of the study are striking and clearly show just how important it is that business leaders harness the power of play to build a happier and more productive workforce," Alasdair Cavalla, from the Center for Economics and Business Research, told Chronicle Live.

Fun offices have been aplenty in recent years. Some workplaces offer napping stations. Others have game rooms, pool tables, foosball, and video games. Forget the idea that recess is only for schoolchildren. It's everywhere in the modern workplace.

A lot of companies get inspiration from Google, an organization that has long had the goal to create the happiest workplace on the planet. That's why one tour of the Google campus opens people up to cafes, kitchens, fun conference rooms, subway cars and creative spaces.

"Google lets many of its hundreds of software engineers, the core of its intellectual capital, design their own desks or work stations out of what resemble oversize Tinker Toys," The New York Times' James B. Stewart wrote. "Some have standing desks, a few even have attached treadmills so they can walk while working. Employees express themselves by scribbling on walls. The result looks a little chaotic, like some kind of high-tech refugee camp, but Google says that's how the engineers like it."

What inspired Google to make its offices so fun? Craig Nevill-Manning, the company's engineering director in New York City, told the Times that it creates an environment where workers are free to express their forward and creative ideas without fear of reprimand. A creative workplace breeds creative ideas, he said.

And the results have paid off, as the company has only continued to innovate, he told the Times.

"The philosophy is very simple," Nevill-Manning told the Times. "Google's success depends on innovation and collaboration. Everything we did was geared toward making it easy to talk. Being on one floor here removed psychological barriers to interacting, and we've tried to preserve that."

But while Google may be the gold standard, its culture may be something that companies are trying too hard to emulate. British researchers Peter Fleming and Andrew Sturdy found in a 2011 study that some office workers at an unidentified call center felt unhappy during the designated "fun time" in their office.

"The two researchers felt there was a darker side to the mandatory good times and reported that the need to maintain a constantly cheerful facade added to the burden of an already difficult job," CBS News reported.

Part of the struggle includes workers feeling they have to rush to get their work done. Others may feel too dependent on their job. If the office encourages social interactions, some workers may also make their co-workers their only friends. But that could hurt employees in the long run if their employer decides to fire them. Everything about their life will come crumbling down.

As it stands, 21 percent of American families already see high work demands and stresses as one of the most important problems of modern life, according to the American Family Survey. Adding social stresses to the pot would only make life even more stressful for these employees.

Still, there are a number of companies - CBS cites Zappos as one - that have a fun office and work culture without any dark side. But that may depend on how the managers define fun and let their employees experience it, according to Shana Lebowitz, an opinion writer over at health news site Greatist.

While Lebowitz embraces her own workplace, saying it's a fun office with excitement at every turn, she realizes this isn't the case for all employees, and that employers should work to create a culture in which all workers can find something fun to do, based on worker personalities and not what a manager deems as fun.

"In an ideal situation," she wrote, "employers would let workers choose the kind of fun they enjoy and that helps them do their jobs better." 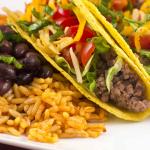 This New Class at the University of Kentucky…