We need religion in our schools – and here’s why

Understanding religious teachings is necessary to achieve a well-rounded education and understand our fellow beings.

Religion is a vital part of our American heritage. If we want our children to have well-rounded educations that include "what makes this country tick," we need to teach them about religion. Religion is part of our history. It has been vital in the formation of our society's morals.

The first U.S. president, George Washington, stated, "And let us with caution indulge the supposition that morality can be maintained without religion... [R]eason and experience both forbid us to expect that National morality can prevail in exclusion of religious principle."

Washington understood the scope and importance of religion in the lives of the citizens he represented. That doesn't mean schools should teach a certain religion's doctrine as a preference. No, it means they should teach the truth about how important religion has been in the foundation of the United States.

When children understand and practice the values taught by organized religions, they do much better as contributing citizens. Religious values direct lives in productive and caring ways. All religions espouse these principles in their own ways.

Schools need to teach about the doctrines and principles of at least the major religions of the world. Children would have a far greater understanding and acceptance of their fellow beings, and, perhaps, a greater desire to live their own values.

Why does teaching religion matter?

When discussing the conflicts that stem from differing religious beliefs, journalist Richard Schiffman raises an interesting question: "What if we took seriously our religious pluralism, and made learning about the world's great faith traditions a mandatory part of American education? We study art, music and literature in school because we recognize that these are key elements in human culture. Yet religion, which has had a massive influence on history, is left out."

Schiffman goes on to explain that, though it may be difficult to treat the subject of religion fairly because of the diversity and deep beliefs of so many, schools still need to tackle the task. Difficulty never stopped schools from teaching about government and politics, though these are highly sensitive subjects.

Schiffman suggests that, "There are excellent books available, like Professor Huston Smith's classic texts on world religions, which could serve as the basis for an objective examination of this topic." He went on to make the point that "ignorance is a breeding ground for prejudice, stereotype and mutual suspicion."

Children need to know about and understand the religious beliefs of others. Most families claim affiliation with a certain religion and yet many of them know very little about what that religion actually believes. The teaching of religion in schools could open a dialogue between parents and children. It may even stir a longing to return to active participation in one's own religion.

In addition, "A 2013 study by the IOSR Journal of Humanities and Social Science found that religious classes have a significant amount of benefits, including that they help kids learn more internally about themselves and about how they feel about God and religion. This helps them move past those questions and identity crises, the study found, to focus on other issues."

In that same article, it is suggested that teenagers struggling with depression - often unnoticed by others - might benefit from religion. The article goes on to mention that those with strong conservative and religious beliefs are less likely to be depressed.

Some people of influence in government and society falsely affirm that the constitution forbids any mention of religion in public places. This is a travesty - a total misrepresentation of the intent of our founding fathers concerning religion. According to a Forbes magazine article, "'Separation of Church and State' is nowhere found in the Constitution or any other founding legislation. Our forefathers would never countenance the restrictions on religion exacted today."

The phrase "separation of Church and State" came out of a letter Thomas Jefferson wrote to a Baptist congregation, affirming that the congregation had the right to their beliefs without interference of the government. The Forbes article further states, "Nor did the Constitution inhibit public displays of faith. At ratification, a majority of the thirteen several and sovereign states maintained official religions. The early Republic welcomed public worship. Church services were held in the U.S. Capitol and Treasury buildings every Sunday. The imagery in many federal buildings remains unmistakably biblical."

The role of parents

We need to get past false notions that religion can't be talked about in public places or schools, and start teaching that religion played an important role in the establishment of our nation - and still does. In order for our children to have a more complete education, schools need to teach about religion. Parents can meet with school boards and encourage the inclusion of religion in the school curriculum. More importantly, they need to follow up in their homes so kids know where their own families stand on moral and religious values. 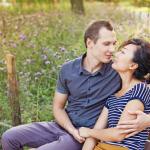