We thought our adopted son was an orphan, but soon learned he had really been kidnapped

We Are Living Proof That Miracles Still Happen.

I'll never forget the day. My new son from India had just walked off the plane wearing cotton shorts, a ragged shirt and no shoes, as he was welcomed by cold December air and snow.

He clung, crying, to the man who carried him, presumably begging to not be left behind. His tears caused my own to flow. 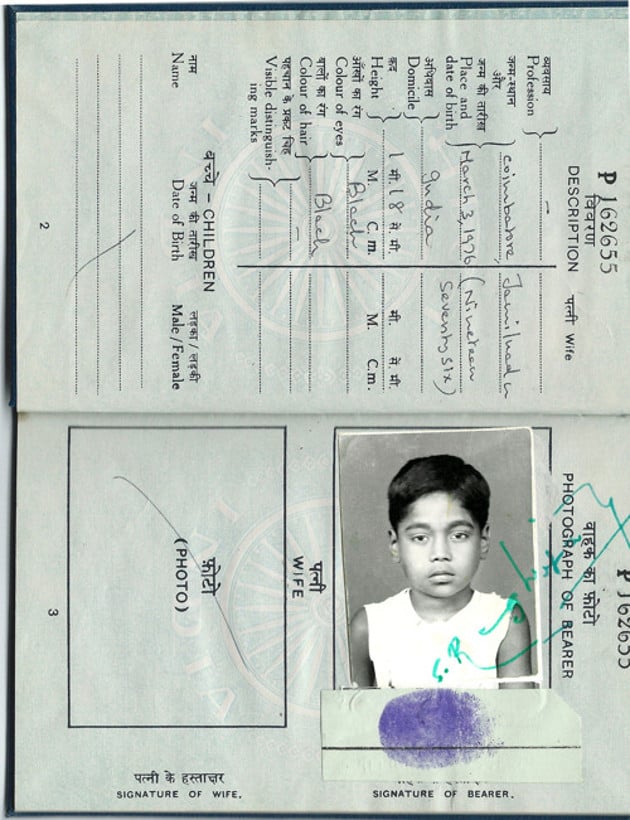 I wanted to reassure him that all would be well, but he spoke only Tamil, and I only English. I longed to tell him that I, too, was terrified.

We'd been promised a little girl, only to be told later by the orphanage that our girl was actually a 3-year-old boy. Already having three adopted boys, we made preparations to welcome the fourth. Then a call came from the U.S. Embassy. Our son was ready to leave the country, but his age didn't match the paperwork. Our 3-year-old boy was closer to 8, perhaps even 9.

I'll never forget the weight of those five simple words: "Do you still want him?"

It was a question that didn't need to be asked. Our hearts had already accepted this homeless child as family - no matter his age.

So that cold, December day, we put our terrified son into the car, brought him home, and introduced him to conveniences he'd never known in India: carpet, hot running water, electricity, a pantry full of food. For months we kept him close, taught him English, explained as best we could the dos and don'ts of American life. We also changed his name from Chellamuthu to Taj, understanding that once he started school, it would be a necessity for him to have a name other children could pronounce.

We enrolled Taj and his brothers in "Cub Wrestling," and after a few weeks he won a third-place ribbon. When the pictures we took of the special moment came back, Taj thumbed through them, mesmerized. He stopped at the picture showing him proudly holding his ribbon, and then spoke a few halting words: "I show ... mother?" 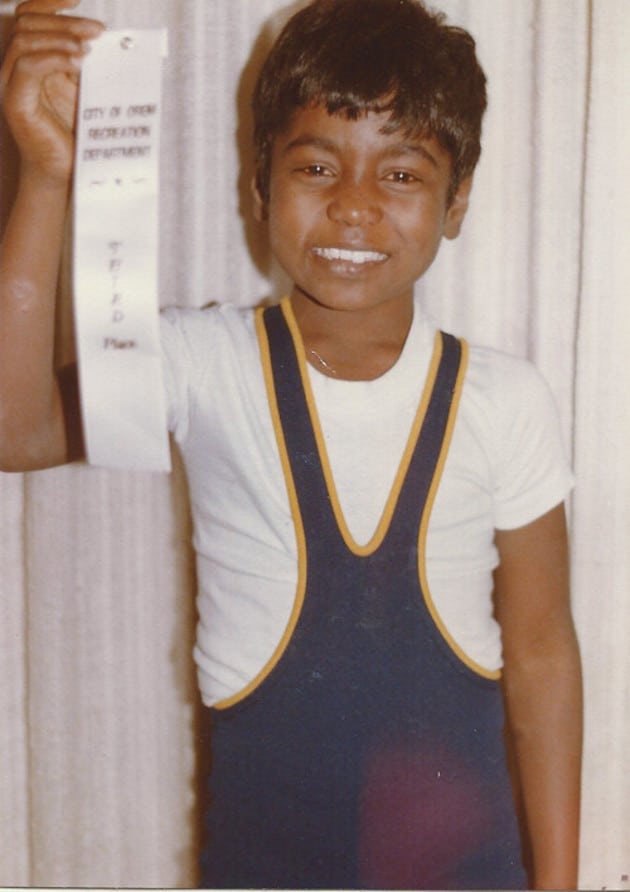 I grabbed his shoulders, locking my eyes on his. "Are you saying that your mother in India is alive?"

The orphanage had promised our son had no family — that he'd been begging on the streets - and I realized now that that was a lie.

We wrote to the orphanage owner demanding more information about our son's family. He wouldn't respond. When we called, whoever answered would hang up. We tried other avenues, and followed leads on our own, but nothing ever brought answers - and so we eventually had to move on.

Our son grew and adapted, and left his past behind to bravely face his future in America. To the average acquaintance, Taj was adjusting fine. Mothers, however, have a way of seeing past the façade.

I felt Taj was struggling with questions that were pushing through the cracks in his heart: "Who am I? How did I end up here? What happened to my family in India?"

Perhaps trying to find himself, Taj eventually studied abroad in London, England. Unbeknownst to him (or any of us), London is home to perhaps the largest group of Indians outside of India.

As he mingled with the people, memories arose. The smell of curry, the colorful dresses, the language; these would all bring back pieces of his childhood. While in England, he even drew a basic map of his village in India.

When he returned home, he enrolled at the local university - but India wasn't finished calling to him.

While in school, through some amazing circumstances, Taj met and fell in love with a girl from southern India named Priya. When he brought her home, we sat down with her to look through some of Taj's scrapbooks, including correspondence we'd received from India when trying to find his family years earlier. She paused quizzically as she studied one of the letters. "This looks so familiar," she said. When she turned it over, she gasped. It was signed by her father, a man who'd been friends with the orphanage owner in India. 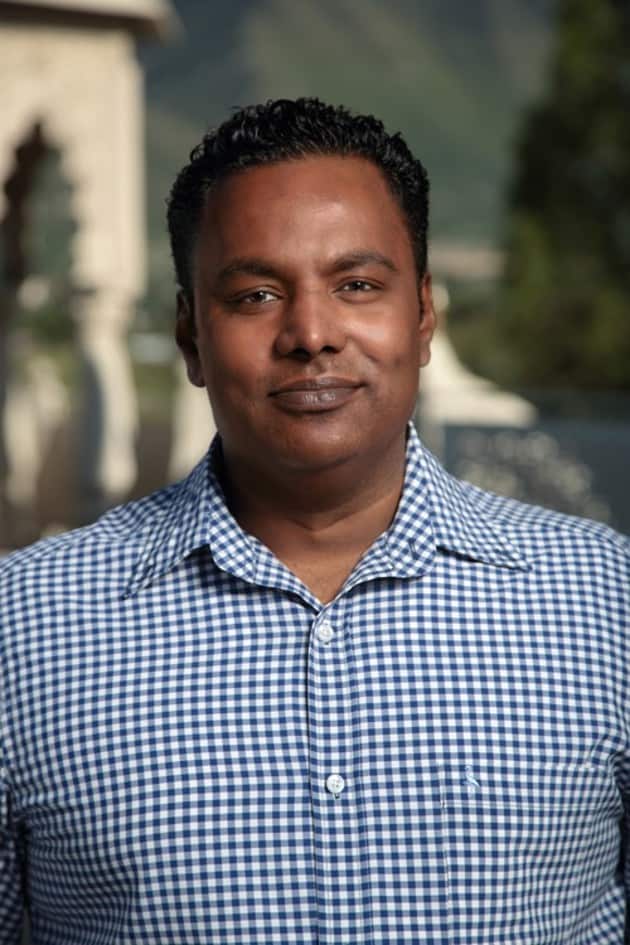 Taj and Priya eventually married, and, like most students, were poor while just starting out. When Priya's brother in India announced his wedding, they scraped the money together to attend. Taj was getting a chance to look for his long-lost family.

Taj had the orphanage address from my original letters, but when he arrived, he found it had closed. He also learned the orphanage owner had recently passed away. It was his only lead and he could have easily given up; but as I said, India wasn't ready to let him go.

One thing Taj had never forgotten was that when he was kidnapped, he'd been driven about three hours away. With no other leads, he hired a taxi to drive around in circles to look for anything familiar. It was hot, muggy and miserable, and after days of failure, he returned to Priya to attend his brother-in-law's wedding. It was there his brother-in-law took a second look at Taj's crudely sketched map and suggested he try the city of Erode.

With renewed hope, Taj ventured out again. Erode looked no different from the myriad of other cities he'd already visited - until the last day, however, when Taj, while waiting at a stoplight, heard the sound of a man hacking coconuts. It was a memory from his childhood that seemed to be waving arms in his head. Taj jumped from the taxi and ran down the nearby alley, to discover it was the place where his family's hut had once stood. The crude huts were gone, but the kind land owner, a woman he'd remembered from his childhood, was still there - and she still remembered the little boy who'd been taken.

Taj learned that his family had moved 10 years earlier, and while she didn't know where they'd gone, she provided clues that eventually led Taj to a distant hut on the outskirts of town.

Not quite 20 years after a boy went missing off the streets of India, two mothers' pleas were answered. It was a reunion that was glorious and beautiful, evidence of the fact that miracles still happen.

In June of 2015, my husband and I were privileged to fly to India with Taj and Priya. We traveled to that distant neighborhood on the outskirts of Erode, where Taj's two mothers - me, his adopted mother, and Aaryi, his birth mother - embraced for the first time - and we both wept. 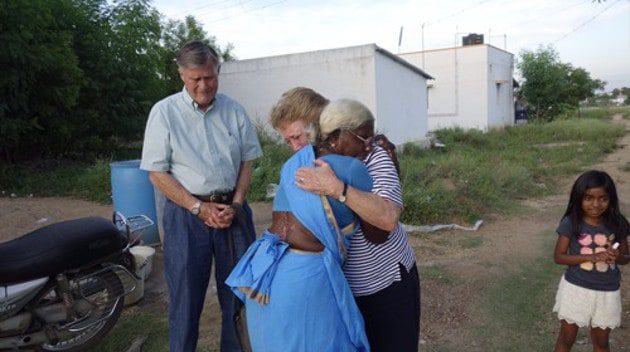 There is injustice in the world. But there is also goodness working in our lives that can turn injustice into experience, opportunities and blessings, if we let it. A scrawny little Indian boy, once named Chellamuthu, taught me that. 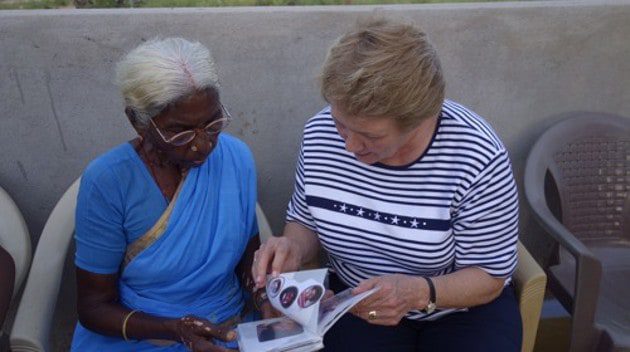 Linda Rowland graduated with a Bachelor of Science in physical education and health. In her early career she taught physical education and health for a High School, where she also coached woman’s gymnastics. Later she coached gymnastics and taught physical education at a university. After switching careers from teaching to sales, she worked as a Realtor at Coldwell Banker West Realty, and later became a company owner. She is married to Dr. Fred Rowland. They are the proud parents of five children (all adopted), and ten grandchildren. As parents they attended plays, swim meets, baseball games, soccer games, and likely hundreds of wrestling matches (Fred coached wrestling). Her children were also very active in scouting with all four of her boys earning the rank of Eagle Scout. Linda lives by the motto: “Try to make a good difference in someone’s life today.” To learn more about the Rowlands’ and Taj’s astounding journey, pick up a copy of The Orphan Keeper, available at bookstores everywhere.
nextarticle 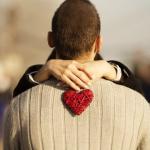 10 Ways You Can Feel Fully Connected With…