A Tale of Bitter Survival in a World of Twinkies and (Gasp) Non-Organic Apples.

By Adena Campbell and Amy Sellers

This article was originally published on insideoutminds.com. It has been republished here with permission.

I thought of replacing his Twinkie with an apple, but I didn't have organic apples, and regular apples are toxin-infected death bombs.

I came home from a run a couple weeks ago when my husband informed me of the latest research on running. If I run too much, it is worse than not moving at all. Ever. Basically, running is worse than being dead.

Recently, I told my pediatrician that my infant is breastfed and loving life. She asked if I'd heard about the latest study. Apparently, my milk doesn't have enough Vitamin D. She gave me supplements to help, so now my baby won't have a hunchback when he's 74. But, neither will my other kids - they'll all be dead because they were breastfed without Vitamin D drops.

A few months ago, I was sitting on the couch enjoying some cookies-and-cream ice cream when I saw an article stating that, to rats, Oreos are more addictive than cocaine. So, of course, since Oreo fluff is akin to cocaine - and cocaine kills rats - Oreos probably kill people.

Okay. So, I get it. And I'm with you. I too would like to die peacefully in my sleep at the age of 99 after having eaten an organic breakfast, followed by Zumba and a stimulating crossword puzzle. But here's the thing:

In our obsessive quest to ensure an ideal, high-quality death in the future, we are hijacking our shot at a joyful, high-quality life in the present.

I've known families living in debt because they will only eat, clean with, and bathe in all things organic. I've known parents who can't hold down jobs because they practically live in the ER and prescription drive-thru. I've known married couples who can't go out to eat on dates because no restaurant can cater to their special dietary whims.

Who wants to live this way? I understand that there are some legitimate scenarios where diets and lifestyles really do need to be adjusted. But, for the most part, all of this is getting completely out of hand. Even worse, we're running on information that is often false.

Take, for example, this article which tries to convince you that holding your child on your lap on an airplane is akin to climbing "the side of a sheer mountain with your baby in one arm and a pickaxe in the other." Yes. Exactly the same thing. Except that, in one instance, the chance of death is about 95 percent, and in the other, the chance of death equals about .00002 percent.

Real people are falling for fearmongering tactics and misinformation from others driven by profit and power - others vying for our dedicated readership. And it's controlling our lives.

In such articles, news and quotations tend to either leave out facts or misrepresent numbers. We're told things like, "You're 10 times more likely to die if..." And while such claims may be true, when you dig a little deeper and do the real math, 10 times a minuscule number still equals a minuscule number. Such differences in health, safety and life preservation almost always end up being negligible.

We are told that drinking diet soda will cause cancer. But when I did the research using primary sources (and by research, I don't mean anecdotal evidence, websites with agendas or other nonfactual junk), I found that most of the claims were absurd. For them to be true, I would have to be a rat who was injected with impossible amounts of artificial sweetener - every day - and then just maybe I could get cancer.

With the remote possibility that drinking soda might cause cancer, one will avoid soda for the rest of his life and will incessantly preach half-truth, cancer-filled details to his soda-loving friends and family.

Are you following me? Please say you are. Because this needs to stop.

Sure, the latest manipulative articles offering gross misinterpretations are never going to stop. But we can stop. We can stop falling for everything and use a little critical thinking. It's not hard to do research, to do math, to quiet the fear and live more happily.

I am still running outside regularly. The son who ate his Twinkies also licked sheetrock last summer. No joke. I threw out the Vitamin D drops, and I love eating genetically engineered apples. I occasionally fly on an airplane with a child in my lap while enjoying some carbonated poison. Not only are we all miraculously alive, but we're in good health and loving life, despite our risky lifestyle.

Don't get me wrong. We try to eat nutritious meals at our family dinners, we all buckle up in the car and we cancelled our family vacation to an Ebola-infested portion of West Africa. It's called using good judgment - moderation in all things"

Even so, we're all still gonna die. But for the love of all things that are beautiful and amazing in life, please, live!

About Adena Campbell and Amy Sellers

Adena Campbell and Amy Sellers are two sisters who both love to write but have very little time to write on their own, so they do it together. Their blog is Inside-Out Minds. Adena lives in Utah, is the mother of 2 beautiful boys, and teaches high school English and Psychology. Amy lives in Texas, is the mother of 7 beautiful children, and has a degree in finance. Together, they collaborate on their thinking and writing, hoping to turn societal trends and thoughts inside out, shedding light on new perspectives.
nextarticle 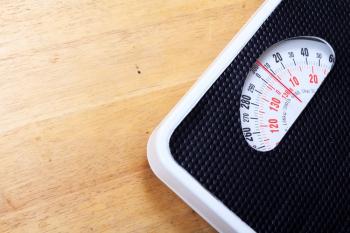 We Broke Up: How I Ditched the Scale…