What Ann Romney and I have in common: Toilet humor from the Skaddy Shack

Raising children can seem like you are up against a fight, but the rewards are plentiful.

A few years ago, I was listening to an interview between a talk show host and Ann Romney, wife of presidential candidate, Mitt Romney. My ears perked up when the host began questioning her about raising five sons, since five/seven of my children are male. My first four were boys, meaning that I developmentally progressed from living in a perpetual Cub Scout den meeting to a male locker room to a frat house. My experience with my last three children, in a gender-alternating sequence of girl, boy, girl, was exponentially less draining and demanding than the experiences with the first four boys together. When I think back to when they were all young, I start twitching, remembering the necessity of living my exhausting life in a perpetual state of hypervigilance, never knowing what they were going to spring on me next.

When Ann was asked what dinner time was like at her house, she asked, "Do you really want to know?" As the host affirmed that he did, she answered, without missing a beat, "Non-stop toilet humor." Finally! A woman who understands my life! I felt an immediate kinship with Ann, though it's unlikely that our paths will ever cross.

As a tribute to mothers of young children, I decided to recycle a true story for my blog that I wrote several years ago, illustrating a day in my household, The Skaddy Shack (for those of you who don't know, my last name is pronounced "Skaddy"). It represents typical challenges that a couple with young children may face, and hopefully will put a smile on your face as well. I would love to hear your similar funny stories. I call it my "omni-flusher story," or "The Rush to Flush." Enjoy.

Is my life really in the toilet?

Each of my children has, at about 18 months of age, developed a fascination with the flushing mechanism of the toilet. I refer to this stage as "omni-flushing," for the obvious reason that everything within flushing distance of the toilet will likely disappear into the dark portals below as part of a toddler's ongoing science experiment.

For readers wondering why not just use toilet latches to prevent omni-flushing, I have a two-part answer: 1) most household latching devices designed to keep children out of various domestic areas were routinely broken off or dismantled by my boys long before I could figure out how to operate the devices, and 2) By the time older children in the house were using the toilet, they would inevitably unlatch toilets and leave them that way. Omni-flushers, armed with some kind of toilet-detection super powers, rush to flush open toilets, after throwing in any loose items not bolted to the floor. I never was successful at figuring out how to be physically present in more than one place at a time to effectively police toilet usage in the home.

One evening, my fourth son and 18 month-old omni-flusher had, in a matter of 10 minutes, successfully clogged two of our three toilets on two different levels of the house. After my husband's failed attempts to unclog the toilets with the plunger and snake we had purchased for previous sewage-related adventures, we locked the doors to the bathrooms, shrugged our shoulders and expressed gratitude for a remaining working toilet. In the morning, April Fool's Day, a week before my fifth child was born (I mention this detail because my condition just added to the fun at the time), my omni-flusher clogged the final working toilet after an hour into the day, and I finally called the plumber.

After removing two toilets from the floor and snaking a third to retrieve a large "L-shaped" Lego, a hockey puck, a hairbrush and a toothbrush, I thanked the plumber effusively and sent him on his way. Feeling suddenly rejuvenated by the availability of indoor plumbing, I remembered that it was April Fool's Day and decided it would be fun for my boys to plan a trick to play on Daddy. We unanimously agreed that we should buy rubber dog feces and place it on the floor of the bathroom. Our plan was that when my husband came home and entered the room, he would see the mess and think my youngest son had missed the toilet, and hopefully provide us with a proportionately entertaining reaction. I could already imagine him calling my name, since this would be a crisis requiring my attention. At least the boys would have a good laugh over playing a trick on Daddy, immature and feeble though it may be. Wholesome family togetherness, right? Choreographing memories that last!

We drove to the joke shop, purchased the goods and drove home to prepare the scene. After the set-up, I waddled to the living room couch, collapsed and breathed a sigh of exhaustion. Seconds later, I heard a toilet flush, a bathroom door slam, and an omni-flusher pitter-pattering into the kitchen. Suddenly, with sub-conscious recognition, my eyes widened and I sat up. I realized what may have happened and ran into the bathroom. Sure enough, the "joke," was gone. I proceeded to the toilet, flushed and watched open-mouthed as water rose to the rim of the bowl, threatening to overflow yet again. My newly unclogged toilet had just been clogged with fake doo-doo! What irony! "Happy April Fool's Day to me," I thought. I chided myself for my failure to recognize the inevitable result of placing anything resembling waste next to a toilet in a home with an omni-flusher.

That evening, when I could finally laugh about what happened while my husband and I unclogged the toilet, this time with success, I realized that life's frustrations can be blessings in disguise. What better way to develop patience and endurance, not to mention a sense of humor, than living in such an unpredictable environment, which was (at least for me) an apt description of life at home with several young children. After all, this was not an atypical day.

Sometimes parenting can feel like preparation for some kind of combat, but the rewards in memories, character development and love are worth it. When I start to feel discouraged because I have been cleaning all day and my house isn't clean or my home isn't as contention-free as I had always imagined, I like to think of the future when I have hopefully been refined by the process of mothering a large family of mostly boys. I will say to myself, "That was hard, but I did it!" Then, while I am visiting my adult children in their homes, I will ask, "May I please just use your bathroom ... ?" 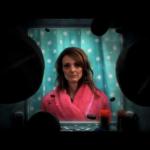