What are you telling your son about #MeToo?

What do young boys need to know about sexual harassment?

It wasn't until after I'd graduated college that I realized men didn't have the same experience as me. I was talking to a male friend about my nightly walks home from campus. I'd stay late at the library so it would be dark and few people would be trafficking my route home. Even though my walks were cold, I had nothing to distract me from the feeling. "I hated that I couldn't use my headphones."

"Well, because it was dark and I was alone."

He seriously didn't get it.

It was then that I realized men don't have a concept of my world. They don't even think about it. I live in a world of pepper spray key chains and self defense seminars, but they have no idea.

I recently read an article in which a mom related an experience she had talking about sexual harassment with a dad. She told him about some of the instances of sexual harassment her daughters had dealt with. The man chuckled and said, "I'm glad I have only sons."

These two examples represent a much bigger issue: we're teaching girls to be victims and boys that it's not their problem. But this isn't a woman's problem. It's everyone's problem.

So as a parent, how can you teach your sons about sexual harassment?

Psychologist Nekeshia Hammond, who specializes in children and families, told Famifi, "It's never too young to have age-appropriate conversations with boys about sexual harassment."

She recommends having natural conversations about private parts and the need to talk to an adult if someone does anything that makes them feel bad or sad.

But even though you start young, you're not off the hook as your kids grow older. Dr. Hammond said, "This conversation needs to continue into the elementary school, middle school, high school years, and beyond, but the content will look different." For example, as they get older you will want to explain what sex is, define harassment, have conversations about healthy relationships, etc.

Give them the opportunity to practice consent

Likewise, you can start teaching what consent means from a young age. Child sexual abuse prevention expert, Christy Heiskala, suggests, "Parents can start modeling consent as early as birth so that it becomes a natural part of communicating and they won't have to worry about which particular age to start. It is never too early."

Heiskala even suggests getting in a practice of talking with infants about consent so that when they are ready to understand, you're already in the habit. For example, you can practice talking to him as you change his diaper, by explaining what you're doing and listening if he's uncomfortable.

Be careful about what you teach sons about "being a man"

Our culture has become saturated with messages that define what it means to be a man. Men don't cry. Men don't like ballet. Men don't wear pink. This culture is unhealthy. Boys need to learn to be themselves, not to fit themselves into decided stereotypes. Laurie Adams - a women's rights expert, CEO of Women for Women International and mother of two boys - said, "Our sons deserve a world where they don't have to perform violent masculinity in order to be seen as 'man enough' so they can have genuine, trusting and human relationships with the women they cross paths with."

Allow your boys to explore parts of their personality in a healthy way. Don't prescribe what he should or should not do because of his gender.

Laurie Thomas, MA, ELS stated that many harassment issues are a result of parents and leaders teaching boys double standards when it comes to manners. Thomas told a story about her sister in Jr. High school. A boy in her class had been "tormenting her." When Thomas's sister spoke to the principal about the issue, the principal didn't take the issue seriously. His response? "Maybe he likes you."

Thomas suggests that sexual harassment issues would be curtailed if we did a better job of teaching kids manners.

"Sexual harassment is an awfully fancy term for bad manners," she told Famifi. "Parents should be teaching boys and girls the difference between good and bad manners from the time that the child is able to start talking. The main point is that parents and teachers should not teach boys that it is okay to use bad manners toward girls. If you solve the manners problem, the sexual harassment problem goes away."

Teach him to speak up about behaviors that make him uncomfortable

One of the things that's become clear with the #MeToo conversation is that many people are aware of inappropriate behaviors but don't do anything to stop or prevent them. Teach your son that even if he isn't participating in harassment, he still has a responsibility to speak up. As a parent, it's your responsibility to teach him to recognize inappropriate behavior and how to react. Dr. Nekeshia Hammond also told Famifi, "Boys also need to understand what to do in situations where sexual harassment is happening. If they are in high school, for example, and a friend is making repeated unwanted sexual jokes to a girl, they can play a role and speak up to further prevent this behavior (as opposed to "joining the crowd" and making jokes as well)."

Sometimes we tell our kids to hug or kiss a relative or friend goodbye without acknowledging that the child or the recipient of the gesture may not be interested.

Expert Christy Heiskala also said, "We have to teach kids that even though they have good intentions, such as wanting to hug someone, it can still make the other person uncomfortable." She suggests that parents model this behavior by asking their own kids for hugs and kisses and then respecting them if they say no as well as never forcing them to hug or kiss anyone, including family members. Instead, you can give your child options. For example, "Would you like to give grandma a hug or a wave to say goodbye?"

Teach him to cultivate emotional intelligence in himself

Our culture also creates negative narratives about male relationships to their emotions. For instance, it's not uncommon for a boy to hear he's a wimp if he cries. But teaching him awareness of his own emotions is the first step in teaching him to recognize other people's' emotions.

The Gottman Institute published an article that explains how to teach your child to develop emotional intelligence. It recommends that parents be aware of their child's emotions and to see children's expressions of emotion as an opportunity (not an inconvenience). Gottman further explains that parents need to take the time to listen and validate what kids are feeling. Then, teach kids the vocabulary to express their emotions and practice problem-solving the issue.

Teach him to cultivate emotional intelligence about others

Likewise, recognizing emotions in others is crucial to his ability to develop healthy, consensual relationships. Dr. Hammond recommends parents start by "teach(ing) boys about facial expressions." You can do this through books and games, role playing, discussing television and pointing out the facial expressions of friends and family.

Children need to learn that neither their body, nor anyone else's, is an object. A 2017 study evaluated the connection between objectification and sexual harassment. They concluded, "Sexual violence is a consequence of a dehumanized perception of female bodies that aggressors acquire through their exposure and interpretation of objectified body images."

You can help kids develop this understanding by not commenting on other peoples' bodies, pointing out bad examples in the media and initiating conversations about the incorrectness (i.e. "This song talks about this woman's body, how does that make you feel?" "What do you think the commercial is trying to say about women and sex?") and having conversations about smart, strong, accomplished women.

Value the small choices about his body

Heiskala also told Famifi that even small choices make a big difference when it comes to preventing sexual harassment. In order to teach them that people are in charge of their own bodies, she said, "Parents can model by small actions that send a big message daily such as allowing kids to dress themselves and pick their own hairstyles. If parents are constantly telling their child what they can and can't do with their body, then children believe that people are allowed to tell others what to do or not do with their bodies. This is the opposite of teaching consent."

Heiskala notes that allowing kids to make choices also protects them. She said, "It also puts kids at risk for being sexually abused as well as abusing others."

By turning these practices into habits, you can help your child develop healthy relationships with others and build a safe and positive culture. 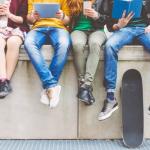