What Could Be More Competitive Than Nascar? Pinewood Derby Dads

The Pinewood Derby is a Sixty-Year-Old Tradition That is Meant to Bring Father and Son Together. is This Magical Moment Being Turned into a Nightmare For the Unsuspecting Boy? if You Have a Cub Scout Child, You Will Certainly Be Able to Relate.

Cub Scout boys ages 8 to 12-years-old receive a blue box filled with a block of wood, four nails and four wheels. This box was intended to be a chance for the boys to test out their scouting skills but has quickly become more of an event for the dads.

This opportunity, called the Pinewood Derby, was created by Donald Murphy over 60 years ago. Murphy described his vision saying, "I wanted to devise a wholesome, constructive activity that would foster a closer father-son relationship."

The Pinewood Derby has certainly transformed itself over the years into something much bigger than Murphy had imagined. The 2005 comedy, Down and Derby, was a dramatized version of how dads take these pinewood derby cars to the extreme. This movie was not too far from reality.

Typically, the boy starts eagerly with a plan of his own to build a car that looks awesome and is super fast; fairly simple requirements. The Cub Scout begins sketching his dream car on paper, negotiating in his mind the colors of paint he will need mom to buy.

The young, innocent child has no idea that Dad has plans of his own. Dad has also been planning, plotting and researching how he can help his child win. These seemingly innocent fathers are scheming based on their past experience, either from their own Cub Scout days or simply from last year's Pinewood Derby disappointment.

1. Thin car in order to bend the axles so only the inside part of the wheels touch.

3. Keep weight balance 1-inch in front of back axle.

5. Use long nail first, before putting in axles, to make it easier to install.

As father and son begin working on the car together, the child's sketch of a Hershey's chocolate bar, minion or Batmobile is soon turned into something entirely different. The child is persuaded by Dad to make a few adjustments. What was supposed to be an alligator car is now more like a boring piece of wood you would use as a doorstop. Dad knows best, and the child is eager to go along with his all-knowing father's plan.

What was supposed to be a magical bonding moment between father and son quickly turns into every child's nightmare. Sometime during carving, painting and adding the wheels, the child realizes that he is sitting back watching his dad do all the work. The boy could easily slip out of the room without the father knowing.

The household kitchen becomes a workshop with the kitchen table centerpiece being the Pinewood Derby car. The car is strategically placed on a special stand that allows the wheels to be suspended in air. These wheels must not touch ground until the enchanted moment when they hit the race track.

On a weekday evening, dads race home from work early to put the finishing touches on their car. Arriving at the local church, the gymnasium is turned into a high-tech race track complete with racing software, a weighing station, extra weights and extra graphite for those few unsuspecting, first-time fathers who underestimated this competition.

While the dad's gather around the weighing station, coating the wheels with graphite, the boys all hang out in a group and talk about who they think will win. The conversation usually starts with, "my dad said""

While the Pinewood Derby experience spirals into something the boys never expected. It is finally time for the cub scouts to see if their dads vision will come to fruition. The cub scouts gather around the track as their dads stand hovering nearby trying to act as if the results are inconsequential.

Three by three the cars race down the track. In less than 5 seconds, the race is over. As the cars cross the finish line, dads do fist pumps of joy while the boys jump up and down. While other, inexperienced dads, hang their heads in embarrassment. They quickly seek out the top racers father and begin taking notes. In that moment, the inexperienced dad is never the same. He is determined that next year will be different for the sake of his son.

In fact, Halliburton has used his skills to become a Pinewood Derby Drag Racer. There is even a Pro Derby Racing League, PDDR. This league isn't for Cub Scouts. It's for all those dads who, quite possibly, enjoyed the experience more than their child.

Whatever Murphy's intentions were sixty years ago, the Pinewood Derby has become something much bigger than a "wholesome, constructive, bonding experience for father and son."

Brittany Jones is a girly girl surrounded by all boys! She is a news junkie that loves writing, organizing and sharing great ideas with others.
nextarticle 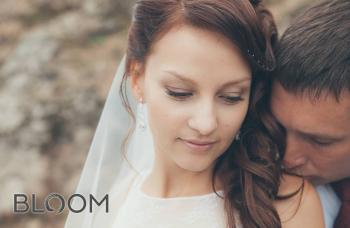 Are You Enough For Your Husband?