What Did You Say? Why Parents Should Put the Lid on Profanity

Coarse Language and Profanity Can Lead to Aggression and Other Problems With Kids.

Many years ago, a college English and linguistics professor taught my class a compelling lesson. She described the history behind a common phrase in today's lexicon: "That sucks."

This professor argued with emotion that the phrase is too ugly, violent and sexual to be acceptable in our common, daily vocabulary. She challenged us never to use or tolerate it.

Just about everyone uses the phrase "that sucks." Many would argue that its origins are irrelevant to today's meaning (that's awful, that's too bad, etc.).

However, words carry a powerful punch. Even though "sucks" holds a sexual significance, most kids use it innocently. It doesn't offend many people anymore, but the connotation is still there.

Crude as it is, I don't categorize "sucks" as a swear word. But I use it as an example of the power that language carries. When children grow up hearing dirty language at home, the words become second nature - embedded in their vocabulary. Ultimately, the shock value lessens, and so they use the words more and more.

Some kids grow up on profanity, and so they mimic what they hear at home. Others are drawn to profanity like forbidden candy. They test the waters, using it for attention, humor or rebellion. But there are consequences to cursing. Here are some tips on what to do when you discover your little one has learned to swear.

Studies have found that kids exhibit aggressive behavior when they are exposed to violence on TV and in video games. But that's not all. Repeated exposure to profanity also causes physical aggression.

A 2011 study conducted by Sarah Coyne, a professor of family life at Brigham Young University, found that the more kids hear swearing, the more likely they are to swear. Using dirty language also made the kids more likely to be aggressive toward others - including bullying.

"Profanity is kind of like a stepping stone," Coyne said. "You don't go to a movie, hear a bad word, and then go shoot somebody. But when youth both hear and then try profanity out for themselves, it can start a downward slide toward more aggressive behavior."

It's typical to lose your temper and let out a swear word. But when parents direct their profanity to their kids, there can be lasting effects.

"Controlling Parental Anger" from loveourchildrenusa.org states, "There are few things more devastating to a child than to be verbally attacked by a parent in an obscene or profane manner. Children depend almost entirely on their parents' reactions to know whether they are good or bad, smart or dumb, loved or unlovable. They are very vulnerable emotionally. A child is likely to internalize her parent's hostility and conclude the worst about herself."

The article suggests giving your child an "assertive statement" rather than a verbal attack laced with obscenities. For example, explain to your child what he did wrong and why it was unacceptable. "When you leave the kitchen table a mess, it means more work for someone else. The table needs to be cleared off now and wiped clean."

Those who rely on swear words to express themselves have a harder time developing a rich vocabulary. Cursing every time you're excited, angry, surprised or annoyed inhibits the way you communicate. Right or wrong, it sends the message that you're not very educated or refined.

Our kids watch and listen to everything we do. The next time you let an ugly word escape, apologize and correct yourself. To read more on the consequences of profanity, see this article. 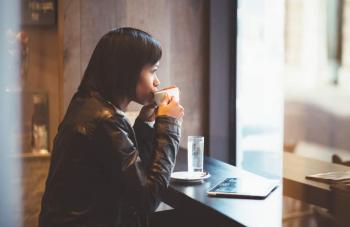 3 Types of Junk You May Be Wasting…