What do you do when your partner is a pornography addict?

A New Study Has Found That Those Who Consume Pornography More Frequently Are Less Likely to Call Themselves Addicts. What Do You Do if This Person is Your Spouse?

A new study has found the majority of Americans who use or view pornography are less likely to say they are addicted to it or that they have any problems with the amount of pornographic material they consume.

All of this is to say that those who consume pornography are less likely to admit they are addicted, and that could be a problematic issue for spouses when they see that their partner has an addiction to explicit material.

"It is vital to raise awareness about the threat of Internet pornography," McDowell said in a press release. "Pornography violates all relational values between the individual and self, the individual and society, the unity of our families and our moral fabric and fiber as a nation. When we objectify and demean life by removing the sanctity of the human person, our future is at risk."

But some pornography users were comfortable admitting their addictions. In fact, the study said adults were more likely to admit they were addicted to the material than teenagers, The Blaze reported.

Part of that may be because there's an ongoing shift among medical experts about how to talk about pornography addiction with teens. As Deseret News National's Sara Israelsen-Hartley reported back in February, some experts are calling this so-called addiction a "compulsion or obsession."

Other experts want teens who consume pornography at unhealthy rates to talk to therapists and health experts, treating it almost like a mental-health issue rather than addiction, according to DN National.

There's also been some research that has said pornography addiction doesn't exist at all. A 2014 study published in Current Sexual Health Reports said pornography doesn't create an addiction. Those who deny the existence of the addiction may also explain why adults don't see themselves as addicts.

Still, a bulk of research indicates pornography addiction is very much a real thing. In fact, a recent Cambridge University study found that those who view pornography experience brain activities similar to the ones people have when they consume drugs or alcohol. And a 2013 study from the University of Sydney found that nearly half of the study's participants watch pornography for more than 30 minutes at a time.

"The deceit, betrayal, secrecy, shame and feelings of inadequacy are the same," she wrote. "Because of the stigma associated with pornography, the addicts and their spouses often suffer in silence and feel utterly hopeless and alone."

But addicts have the power to change, and that all starts with a spouse asking their partner questions about their addiction and what can be done to solve the problem, according to Dr. Dave Currie of Power to Change. Partners need to feel comfortable asking their spouse important questions that can help them understand and handle their addiction, as well as seek out solutions for the future.

Finding the right questions to ask can be difficult, though. Luckily, Sydney Finkelstein of BBC Capital unveiled three simple questions that can solve any problem. They're general enough to apply to any issue someone faces in his or life, but they can also directly relate to spouses helping their partners deal with addiction.

"Every step of the way is challenging, from having the courage to change, to creatively developing a new way of doing things, to actually making it happen," he wrote. "But these three questions will always be at the heart of any solution."

Spouses should also make sure that their partner knows their own grievances and issues with the possible pornography addiction. It may even require one to talk to a therapist or close friends about the problem, Currie wrote.

"This is a private issue that shouldn't be shared with others, but to have a chosen friend, counselor or someone who has faced this with their husband is critical," according to Currie. "They can help you work through your feelings and frustrations, validate your emotions, and coach you through the right course of action."

For more on pornography addiction 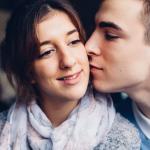