What I want my son to know before he starts dating

If You Thought You Could Wait Until His Junior Prom to Talk to Your Son About Dating and Sex, Think Again. Today's Teens Need to Know Where You Stand on Dating - Now.

If you thought you could wait until his junior prom to talk to your son about dating and sex, think again. Today's teens are dating earlier and earlier - some before they've actually hit the "teen" mark.

According to HealthyChildren.org, boys begin dating, on average, at 13 and a half, with girls diving in a year earlier. But what children may not understand at such tender ages is that along with dating comes some hefty responsibilities. That's why it's critical you talk to your son about dating well before he actually starts. Not sure what to say? Start here.

There's a reason we made you wait

Like driving and staying out late, teens naturally want to start dating before they're emotionally mature enough to handle the responsibilities of dating. But if you're like most parents, you've probably set certain rules about when your son can start dating exclusively. If so, it's also important to make sure your child understands why those rules are in place. According to The Wall Street Journal, forming intimate relationships too early "can leave teens ill-prepared to handle typical problems couples face without the support of peers at the same state of romantic development." Early daters are also more likely to experience academic and behavioral problems.

Once you've allowed your son to start dating, it's important that he knows how to treat a woman - and perhaps more importantly, how not to. Despite the new-school way of communicating via texting and social media, women still appreciate a man with old-school manners. Teach your son the importance of small, chivalrous acts, like opening the door for his date, picking up the tab and treating her respectfully when communicating via text or social media.

Date for the right reasons

Teens tend to start dating for a host of reasons from curiosity to peer pressure to loneliness. Teach your son early that dating in high school isn't a requirement. If he's not interested in pursuing relationships with the opposite sex, he shouldn't feel pressured to do so. In fact, holding out might actually help him. The Daily Mail reported that "child daters are twice as likely to have unsafe sex, use alcohol and indulge in risky behaviors." Child daters are those 11 years old or younger.

You can ask us anything

If there's one thing teens usually aren't, it's forthright with their feelings. The pubescent years are filled with mysteries and questions, so it's important that your son knows he can come to you with questions or concerns. Encourage this by having open, candid conversations about dating, sex and even specific issues like sexting and pornography, while he's still young. As you see your child become more interested or curious about the opposite sex, you know it's time to have those conversations.

Speaking of texting, your son should know upfront where you stand on the issue of sexting before he ever has someone he might want to sext. According to DoSomething.org, 40 percent of teens reported they've posted or sent sexually suggestive messages, and the practice is more common among boys than girls. Make sure your son knows this behavior is unacceptable and then follow through on your stance.

Use a web-monitoring tool - like WebSafety - to keep tabs on your son when he begins dating. WebSafety is an app that allows parents to monitor and restrict their children's online activity, and it can be very helpful as you embark into the new world of teen dating with your son. 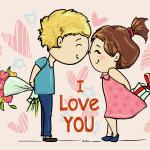 Is Your Relationship Struggling? 4 Tips to Make…