What Parents Can Do About Video Games

Video Games Are a Popular Form of Entertainment For Today's Kids. Like All Entertainment, Their Use Must Be Monitored by Parents to Avoid a Negative Impact.

Research published on Yahoo! Voices in Feb. 2009 shows "more than three-quarters of American kids have video game consoles at home, and on a typical day at least 40 percent play a video game."

What about your family? Since we can't escape the fact the video games are here and likely to stay, parents need to arm themselves with helpful information. So let's examine the good and the bad.

Here's the good that can come from playing video games

What parents can do

Sometimes parents seem to forget they are the parents and in charge. Kids don't rule, parents do. Parents need to take responsibility in this. Like a lot of aspects of raising kids, when it comes to video games, the healthiest approach is moderation.

"The American Academy of Pediatrics (AAP) recommends "kids spend no more than two hours each day on screen time - watching TV or movies, or playing computer or video games."

The AAP recommends that you "make sure that he's playing games suitable for his age group. "All video games are rated and labeled by the Entertainment Software Rating Board. Steer clear of any rated 'M' for mature. Those are for ages 17 and older and can contain heavy-duty violence, strong language, and sexual content."

This is according to the posted expert advice on kidshealth.org. This keeps him connected with the rest of the family, and he can actually be part of what's going on. Also, it makes it so parents can be aware of anything inappropriate in the game. Take the time to watch it long enough to get a sense of what's happening on the screen. Take the time to join in playing the game with your kids.

Here are more of his suggestions.

Education.com recommends the following as being appropriate and educational for kids:

Here is some more information about these games.

Parents need to go online and search out the games that are best for their kids. Just because someone else recommended it doesn't mean it's the right game for your kids. Talk to other parents for their opinions, then make your own evaluation for your family. 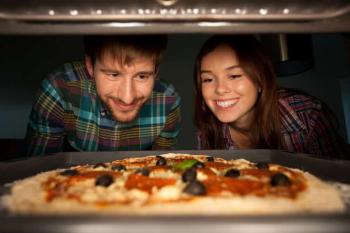 How to Create a Romantic Travel-Themed Date Night