What to Do When Your Child Lies

When a Child Tells a Lie, There is Usually a Reason. It Could Be That Your Child Wants to Improve Their Appearance to Others, Self-Inflate. or It Could Be Fear of Punishment.

Most people have very strong feelings about honesty. They treasure honesty in interpersonal relationships. When a child lies, parents may react more strongly to it than to other misbehavior. This could be in to curb the behavior and to arrest its development into further dishonest actions, like cheating or stealing.

Here are a few things to remember when dealing with your child:

Avoid dismissing the lie as something "all kids do."

While this is certainly the case, everyone tells a white lie from time to time, dismissing the behavior is not wise. Addressing lies as they come teaches your child that they are expected to tell the truth and that they will not achieve their goals by dishonest means. Addressing dishonesty head on will allow you to keep the proper perspective when your child is dishonest and allow the moment to become a teachable one.

When a family's discipline pattern occurs frequently and is severe, a child may be more tempted to lie to avoid serious consequences. Consistent rules and consequences for breaking rules give children a sense of balance and predictability.

When setting up family rules and consequences, include your children in the process. If the "punishment fits the crime," a child is able to feel secure in knowing what the expectations are for their behavior.

. Have a separate and predictable consequence for lying. Rather than simply increasing the punishment for the other misdeed, keep the consequence for lying separate. Your child needs to know that telling a lie to avoid punishment will not work. If your child misbehaves and lies to cover it up, take away one set of privileges for the misbehavior and another for the lie. Conversely, when your child tells the truth about their misbehavior, praise your child for their honesty, and reinforce that because they were honest they only have one consequence instead of two.

Watch for a pattern

If you find that your child's lying has become a habit, try to find a pattern to the dishonesty. Analyzing the possible reasons for the dishonesty can help you to better help your child correct their behavior.

Your child needs to learn that lying is not acceptable. When your child tells a lie, act immediately and appropriately. Be consistent and fair with your consequences and your child will learn that honesty is the best policy. 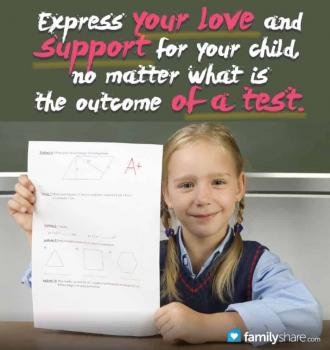 How to Combat Test Anxiety at Home