What to Do When Your Son is Obsessed With Toy Guns

At some point over the last year, my 4-year-old got interested in guns. Every Lego creation he whips up now invariably comes with one gun — or laser, or cannon, or something in that vein. The sticks he has always picked up on his walks home from school now almost always become weapons. He recently offered me a lengthy and earnest tutorial on the fine art of making one’s fingers look like a gun. He is all-in on gunplay, and I find that ... weird.

My husband and I don’t have guns in our home, nor does anyone in our extended family. Sure, our eldest watches too much TV, but we are mindful about what he watches, and there are no guns in “Dinosaur Train” or “Paw Patrol.” I’m the rube who was unaware he even knew the word “gun” until I heard him pretend shoot his BFF during a very feisty game of “good guys/bad guys” on the preschool playground last year.

So where is this all coming from?

And given that grown men are more likely than women to buy, own and use guns — and that gun violence is a uniquely male problem — how concerned should I be?

Here’s what parents should know about boys and gunplay.

Aggressive play tends to be more common in boys, but it is not a predictor of future violence.

“We know that boys are more likely to engage in gunplay than girls. There’s no question, it’s not even close,” said Michael G. Thompson, a clinical psychologist and author of “Raising Cain: Protecting The Emotional Life Of Boys.”

He defines “gunplay” as shooting with a pointed finger, for example, or using a stick or toy gun. And he emphasizes the play-ness of it.

Thompson is often asked by concerned parents and teachers about how to handle boys’ violent play — and he responds that there is no such thing. Violence is intentionally aggressive. Someone gets hurt. Play is consensual. It’s fun. No one gets hurt, or at least not intentionally.

“Sure, yeah, it has violent themes, and that can be upsetting for adults,” Thompson said. “But then you have to look at the science of it. Are there correlations between boy play and adult male violence? I have never found a study that connects the two.”

Likewise, there’s no research saying that girls who have their dolls play family and have babies are going to become sexually active at a young age, Thompson pointed out. (Nor is that something parents or teachers really worry about, which suggests that gunplay is unique in its ability to get under our skin.) In fact, many researchers now question whether playing violent video games actually leads to increased aggression among children, as has long been argued.

On the other hand, exposure to actual violence has a significant, proven impact on subsequent behavior. Kids who are spanked, for example, are more likely to become aggressive themselves. Children who are exposed to violent acts can become desensitized to aggression and are more likely to repeat the behavior.

Trying to discipline or forbid gunplay may have the opposite effect of what parents intend.

“Either it becomes more appealing because you’re giving it a lot of attention saying, ‘Don’t do this,’ and kids find it more fun to get their parents’ attention, or they don’t understand why they’re getting in trouble for doing something that feels really natural,” said Emily Edlynn, a child psychologist who runs The Art and Science of Mom.

Instead, she encourages parents to see gunplay as an opportunity to help teach your children about limits on aggression. Make sure they understand that no one should get hurt or feel uncomfortable, and help them understand the signs that not everyone playing (including themselves!) is having fun.

Provide guidance on the scenarios where gunplay is appropriate and where it’s not. Pretending to shoot a friend in the classroom, for example, is a no-go, as is aggressively pointing a finger in a sibling’s face. Talk about those boundaries and be prepared to keep repeating those lessons again and again.

Here’s another point to consider: Gunplay is often moralistic in nature. Good guys fight bad guys. Kids are wrestling with big concepts like justice and even practicing empathy when they take turns playing the bad guy and try to see the world through someone else’s eyes.

“Some of the evidence actually shows that boys who have more aggressive play are less aggressive in other interactions, or in their classroom behavior,” Edlynn said. “This is what kids do, they kind of play through more aggressive impulses to work it out, and then can do better in more socially expected ways ... there can be a function to the aggressive play that’s helpful.”

You can (and should!) draw clear boundaries according to your comfort zone.

Maybe you’re comfortable with your child making his own weapons out of building blocks, or paper, or his fingers, but you’re not necessarily OK with buying a toy gun of any kind. So don’t! If you don’t want your kid to own a water gun, or a Nerf gun or the like, you don’t have to. But be clear about why.

“You can say something like, ‘I know you like to play with them. But they freak me out,’” Thompson said. “Why not be honest?”

It’s also worth having some sense of whether your child’s gunplay is beyond what is typical or developmentally appropriate. If really aggressive behavior is coming out in actual conflicts or when your son is upset, that is something to pay attention to, according to Edlynn.

Talk to your sons about real gun safety, even if you think they’ll never come into contact with a gun.

Guns remain a leading cause of death among children in the United States, which is why it is important for parents to know if their children are having play dates with friends whose families do have guns at home — and how those guns are stored.

Parents must talk to their kids about what to do if they ever come across a real gun (stop what they’re doing, don’t touch it and tell an adult). Ongoing conversations about the difference between reality and play are so important.

Many adults have really powerful, emotional reactions to gunplay in boys, because we understand the culture we live in, Thompson says. We know that gun death rates in the United States are much higher than in most other developed nations, and that we have a unique and horrifying culture of mass shootings.

“We’re frightened of male violence,” Thompson said. “But I do not believe that should have us curtail play, as long as it is play.”

Catherine is a Women and Parents senior reporter for The Huffington Post.
nextarticle 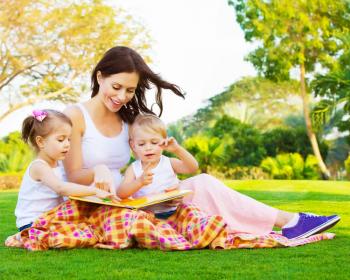 How to Do a Family Assessment: 7 Tips…