What to tell your child when someone you know commits suicide

When someone you know commits suicide, process it immediately with your child. Check her feelings and attitudes, and help her make choices for her own better future.

The boy's father found him hanging from the rafters in the garage. A few minutes earlier, he had been inside the house, joking around with his siblings, and now, it was too late. He was gone. The news stunned our family. Our children had played with him as a child. He had been in our home. We knew him personally.

Suicide is a tragedy, and just like any tragedy, must be processed and dealt with in the moment. Whether it is someone your family knows personally, or read about in the media, the news of the suicide will bring questions to the minds of your children. As you process through these questions, look for attitudes and feelings that may indicate family members need professional assistance.

Why do people commit suicide?

According to the American Foundation for Suicide Prevention, "Every 13.7 minutes someone in the United States dies by suicide." Although alarming, these statistics have been consistent since 1993, with 10-12 deaths by suicide per 100,000. The rates per capita increase with age, the highest number committing suicide between the ages of 45-64."

"Ninety percent of people who die by suicide have a diagnosable and treatable psychiatric disorder at the time of their death." (American Foundation for Suicide Prevention). Suicide is the result of a combination of biological, environmental, and mental circumstances that culminate in feelings of hopelessness and helplessness. The person takes their own life to escape a no-win situation.

When children ask why people commit suicide, it is best to respond by telling them that the person who committed suicide was not thinking normally. Most likely, they had a mental health disorder that left them feeling hopeless and worthless.

Some children will shrug it off, as just another piece of information. If a child looks down, looks away, or sheds tears, even though the person who died may not be close to them, ask if there was a time when the child felt this way.

If the response is affirmative, talk about what happened and what the child did to overcome those feelings. If the child was not able to overcome, and the feelings continue to persist, if there is reason to believe that the child has been bullied or abused in some way, seek professional assistance.

Provide reassurance that you are there for your child, and will do what you can to help. Let the child know that you will listen at any time there is a need to talk about these feelings. Be aware of what the child is doing, especially when alone. Watch for signs of self-harm or abuse, such as unexplained cuts and bruises.

What happens to people who commit suicide?

Young children do not understand the permancy of death. They will only see that the person is no longer present. Pre-teens and teenagers may understand that they will never see the person again, but they are also prone to copy-cat behavior and experimentation, not realizing the possible consequences of their actions.

Ask your child what she thinks will happen

Responses may include that the person "goes to hell," or "the bad place." The common assumption is that if someone dies by suicide, they are no longer worthy to be considered a Christian, and that they are rejected by the Savior.

Explain to the children that suicide is like any other death. The person's spirit and body are separated at death. The body is put into the grave, and the spirit returns to its origins, or heaven. Only God can judge what happens after that. We cannot. Although we may know some of the circumstances surrounding the death of the person, all we can do is love those who are left to mourn.

Watch for signs of grief, especially if the children were close to the person

There may be crying, anger, frustration, or sadness manifested at different times and in different ways. Young children may regress in their behavior by having bathroom accidents, or acting out through opposition. Teenagers may become sullen, withdrawn or even cover up with humor and sarcasm.

Grief takes time to heal, and tends to be cyclical. Allowing children to openly talk about their feelings helps the process to move forward. If a child does not work through grief, and the emotional state becomes static, affecting areas of life outside the family setting, seek professional assistance from a licensed social worker or counselor.

What would you do if I committed suicide?

This question may come as a shock to the parent. Be careful how you respond. If necessary, stop, and wait for your own feelings to subside. The best thing to do is say, "I love you! I would never want you to feel like you are worthless, and that there wasn't something that could be done to help you. Promise me, that you will never do anything to hurt yourself or someone else!"

Let your children know that they are precious to you. Turning to drugs, alcohol or suicide is not the answer if they are feeling unloved or unworthy. No matter what happens, problems have solutions, and it is possible to get the help that we need. Reassure your children that everything you do in your family is for their benefit, and that prevention is possible.

Talk about things that they can do to help them work through their feelings when they are having a difficult time. The article "Which Comes First, Depression, Drug Abuse, or Suicide?" outlines the following:

Life and death happen. Help your children understand that thoughts of death and dying are not problematic in and of themselves. But, if they should feel that ending their own life is the only way out, it is time to get help.

Denise is a published author with an Education Specialist Degree in School Psychology. Additional writings are found at www.denisewa.com.
nextarticle 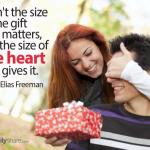