What you didn’t know pornography is doing to your kids

If you think a parent's pornography use has little effect on the kids - guess again.

Recently, a 14-year-old girl and her parents came into our clinic for counseling. A couple of days earlier, while looking at her father's cell phone, this bright, beautiful young lady saw the very graphic sexual images that her father had recently accessed. She immediately went to her mother with this finding, hoping to receive some solace for her broken heart. Her mother did console her with love and understanding. However, later that day, she heard the loud argument that ensued after her mother confronted her dad about the pictures.

For all of her life, this girl had idolized her father. To her, he had always been the beacon of decency, integrity and loyalty. Now, her emotional trauma was obvious as she shared feelings of disbelief and pain, stating, "How could this be? I don't think I know who he really is anymore. I'll never trust anything else he ever says. How could he say he loves us and do this to our family?" She also indicated that she felt guilt and responsibility for her mom and dad's fighting, thinking she should have stayed quiet and never have told her mom about what she had found.

Both men feel these early experiences played a large role in their preoccupation with sex during their adolescent years, which later evolved into compulsive, addictive behaviors. These behaviors are now creating tremendous pain and trauma for their own children and wives. This is a multi-generational problem which adversely impacts young people's lives in many different ways.

Compulsive pornography use of a spouse often results in separation and divorce. Like so many children who are affected by divorce, children in these situations are traumatized by grief, pain and loss. Many families are also financially impacted when a parent loses their employment because of pornography use on the job. The stress and tension this creates is felt deeply by the children as they watch their parents' struggle and as their own sense of safety and security is put at risk.

There are parents who believe that their children will not be adversely affected by their compulsive pornography use as long as they never find out about it. This is a naïve conclusive and is rarely, if ever, true. When a parent engages in this behavior in secrecy, it is usually because it is not consistent with their own personal beliefs, either spiritually or morally.

This creates tremendous shame and self-loathing. This shame is often manifest through increased isolation, irritability, depressed mood, anxiety and impatience. All of which have a short- and long-term negative impact on relationships in the home.

In speaking of this isolation, Dr. Don Hilton, an expert on the biological and relational effects of pornography use, states, "One of the most insidious effects of a pornography addiction is isolation. Isolation is the prerequisite to acting out in an addiction...One must find a place where he can be alone, where no one will disturb him as he shuts out the world... He must then isolate socially. He must disconnect from others so he can be alone. Emotional isolation is essential. If he thinks about those he loves and what his acting out would do to them, he would be unable to act out."

An awareness of these indisputable effects upon children will hopefully motivate all of us in our efforts to support and assist families in preventing these circumstances and in helping those who are already dealing with them in their homes.

Dan Gray (LCSW, CSAT) is the Clinical Director and Cofounder at Life Star Therapy. He has a master’s degree in social work and is a CSAT (Certified Sexual Addiction Therapist). He is also certified as an addictions counselor with the National Association of Forensic Counselors. He has co-authored and edited two books: Confronting Pornography: A Guide to Prevention and Recovery for Individuals, Loved Ones, and Leaders and Discussing Pornography Problems with a Spouse: Confronting and Disclosing Secret Behaviors. Dan is married and the father of four.
nextarticle 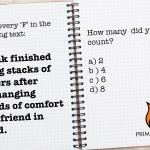 Answers: Are You Smarter Than an 8 Year…