"Culture" is a set of practices that changes over time

Your religious culture might be defined as shared traditions that change over time. These traditions are highly recognizable to people in a given group. These traditions could be as simple as thinking that no luncheon for family members of the deceased would be complete without someone bringing "funeral potatoes." Or these traditions might have to do with how women dress or whether or not men typically wear beards.

Cultural traditions are not the same as belief systems

Cultural practices are not the same as organized collections of beliefs or even sacred books that are associated with your faith. For believers, another way to think of it is that faith is aligned with your belief in God, while culture is aligned with the practices of the people within your faith. The two sometimes contradict each other and may be difficult to reconcile.

What happens when people confuse culture with faith?

There will always be those in our communities of worship who confuse the principles of faith with the traditions and practices that have over time grown to be. That can be a problem when members of a religious community don't recognize the differences and judge others in a misguided attempt to bring them in line, based not on tenets of the faith but on the cultural practices of the religion. Judging and mistreating others tends to drive them away rather than bringing them into the fold.

For those of us who leave our faith over the sometimes thoughtless or hypocritical actions of others, we hurt only ourselves when we remove ourselves from the fellowship of faith. Most people within our communities of worship are doing the very best they can with what they know. Try thinking of religious congregations as laboratories, where imperfect people (which is all of us) are learning to do better each day.

All of the world's major religions teach these three things: love, compassion and forgiveness. When the cultural ways of the few pervert the belief system of the many, we should hold those individuals accountable for their actions rather than rejecting a faith or religion outright. We need enough wisdom to be able to separate the two. We cannot blame all Christianity for the wrongs committed during the Crusades anymore than we can blame all Islam for the terrorist acts of powerful fringe groups.

Think about how much you love your neighbor

In the Bible, Christ tells us after loving God, the next most essential thing we can do is to love our neighbors as ourselves. Rather than focusing on how well our neighbors love us, we might be better off focusing instead on how well we manage to love them. 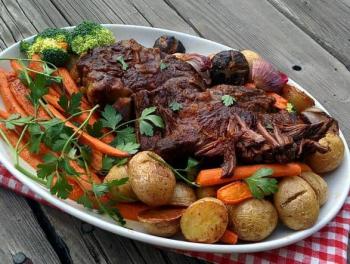