You're Extremely Busy, But You Want to Help Your Children Succeed. Learn What to Do.

Faster isn't always better. Innovators have created devices and processes that increase our quality of life and give us more time for the important things. But faster isn't better when people are concerned. Take parenting, for instance.

Every time I speak to people about teaching their children how to self-govern their behaviors, the parents say, "How long is this going to take? I'm in a crisis right now."

I respond, "Learning to govern yourself isn't a trick or quick-fix; it is a lifelong pursuit for children and parents. In fact, it is the most important of our life's accomplishments."

I suppose this could upset people, but it shouldn't. When a person talks of changing a heart or instilling character and virtue, should that be on a get-it-done-quickly check-off list?

Logic and history show us this kind of change happens over time and through different stages of development. The principled path may seem like the more time-intensive path, but it has always proven to be the successful path as well.

In the book, "This Day ... And Always," Richard Evans enlightens readers about how we can't take short cuts to any destination in mind, like parenting.

Evans said, "We may turn out automobile and airplane motors with an ever-increasing speed, but we can't build character faster than a man lives, faster than he gains experience, faster than he learns to cherish principles."

He went on, "We can increase the production of household conveniences, but we can't find intelligence where it doesn't exist, or integrity where it hasn't been planted and nurtured."

And he continued, "We can pour concrete across the course of a racing river, but we can't pour honesty, courage, fidelity, devotion and self-reliance into our children in any way except the old-fashioned way - the hard way, as some would now describe it."

The fast but ineffective track

Making an angry face at a child, manipulating the child by counting to three, threatening the child when we want him or her to follow an instruction or using physical force or angry words to show power, to correct or to make a point are really just ways parents try to take the "fast track."

The fast track is the track that's less governed, less thought-out and less principled. It is a less-planned path to parenting. These emotionally charged types of correcting and teaching children encourage parents and children to feel powerless and disconnected from each other, which makes our homes feel less safe.

A feeling of safety and unity in the home increases self-confidence, personal power and self-government.

The not-so-fast but effective track

The next time your blood is starting to boil because the children are talking back or getting distracted instead of doing their homework or chores - and you want the behavior stopped now - don't do what many parents rationalize is the quickest path: yelling, scolding, emotionally manipulating or giving up.

Instead, take the time needed to do an effective correction. Discuss what they are doing and what they should be doing. Then, give them the opportunity to learn cause and effect by allowing them to do an extra chore for a negative consequence.

The not-so-fast track of parenting is spending lots of time helping children practice things the right way so the right way is repeated again in the future.

So, before your child willingly runs off to do his extra chore (which does actually happen when the child knows beforehand how you will correct him and understands the negative consequences to negative behavior), take time to do some role-play practices with him. Bond as you correct and prepare for future success.

Yes, this is the long way to character development, self-government and a change of heart. But it is the sweet-tasting road and the positive-parenting path to lifelong behavior and problem-solving success.

It's OK - take the long road. And, remember, it is never too late to have a change of heart. If you or your children have already taken some fast tracks and failed, it's always possible to start fresh each new day.

"There is no short cut to any worthwhile horizon, where man himself is concerned."- Richard Evans, "This Day ... And Always" 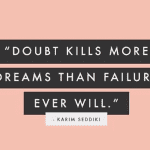 18 Thoughts to Inspire You Right Now