What you never knew you learned in music class

Those music lessons taught you more than just Mozart.

"It will make you more well-rounded," your parents promised. "Practicing will make you smarter," they said. If your parents ever made you take music lessons, you may have heard all this before. And now the proof is in the pudding: Your parents were right. But fear not! Even if you quit lessons early, you gained more than you think.

A recent study has shown that musical training not only helps children develop fine motor skills, but also benefits them tremendously in their emotional and behavioral growth.

James Hudziak, professor of psychiatry and director of the Vermont Center for Children, Youth and Families, and his colleagues call their study, "the largest investigation of the association between playing a musical instrument and brain development." They analyzed the brain scans of 232 children between the ages of 6 and 18. They discovered that musical training created opposite changes in anxiety, depression, attention problems and aggression - clearly positive changes in these young minds.

They studied the part of the brain that is responsible for working memory, attentional control and organizational skills and were pleased to find an apparent increase in the cortical thickness. Hudziak and his team also believe that musical training could serve as a powerful treatment of cognitive disorders such as ADHD. "A kid may still have ADHD," Hudziak says. "It's the storm around it that improves."

Because the study's participants were all mentally healthy children, Hudziak thinks the positive effect of music training on those who are not could be significant.

The brain needs to be exercised just like a muscle. If you want your biceps to get bigger, you will need to lift weights and do push-ups. Musical training is that exercise for your brain. But it does more than we ever thought it could. It's affecting your actions, how quickly you learn and how you react to situations. Music will train your brain.

Many schools offer classes and extracurricular activities teaching music and the arts. However, there is a steep decline in the American education system concerning those privledges. Most high school students never even participate in music or art lessons.

Unfortunately, you can't make your child love their music lessons. There are many ways to encourage them to practice, and finding a teacher who is a good fit might encourage their success. But ultimately, it's up to the parent to influence their commitment.

You don't have to be Mozart to see the benefit of your music lessons. Your brain holds on to more than you think. If you are a well-rounded, focused, emotionally-controlled person, thank your music teacher. If not, you better go pick up a guitar.

Becky is a wife and mother of 4. She enjoys music, running, and baking. Becky blogs at Make Mine Happy.
nextarticle 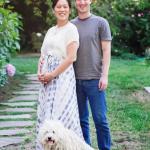 Mark Zuckerberg Sums Up Beautifully the Heartbreak That…