What’s so Bad About Pornography?

Pornography is Not a "Victimless Crime." It Has a Lot of Victims, and One of Them Just Might Be You.

Editor's note: This article first appeared on the March 3, 2012 RockdaleCitizen.com site. It has been reprinted here with permission.

A few years ago, my then-13-year-old son and I were driving home from ball practice when he suddenly asked, "Dad, what's so bad about pornography?"

Talk about your uncomfortable questions. I had no interest in carrying on a conversation about naked women with my little boy, as I still saw him. I just wanted to get home to dinner.

Plus, here I had been telling him since he was old enough to show interest in the female form that he should stay away from pornography, and now I was being asked to defend that stance. Whatever happened to talking about sports?

But I knew I couldn't duck the question. So I thought about it for a minute while I pretended to be turning down the radio, and here is basically what I told him.

Pornography is bad because it degrades and exploits women. The true mark of a man lies not in his muscular definition or his bank account or even - with apologies to half the NFL - how many children he has fathered. A real man is defined by the way he treats women: with respect, with courtesy and with deference.

Looking at pictures of women naked is hardly respecting them. Yeah, I know. Nearly all those women chose to pose without their clothes on. Many were paid quite handsomely for doing so, even those who never had a show on the Disney Channel.

Doesn't matter. A real man shows respect for women, not just the ones we think deserve it. If some women don't respect themselves, that's their problem, not ours.

And finally, pornography is bad because it's like hydrochloric acid on the soul. It eats away at the part that makes us something more than animals, captive to every physical urge. It leads us to see women as things, not people, and deadens our ability to empathize, making it nearly impossible for us as men to have normal, healthy relationships.

I once had the opportunity to serve as a lay counselor at my church, working with men whose lives and marriages were falling apart. Many had been unfaithful to their wives, some serially. And the common refrain, the one thing I heard from every one of them, was that it all began with pornography.

So no, son, pornography is not a "victimless crime." It has a lot of victims. And if you don't avoid it with the same energy you use to avoid Mom when she's on a cleaning binge, one of those victims will be you. 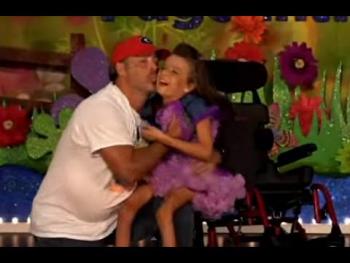 What This Dad Does For His Daughter Will…